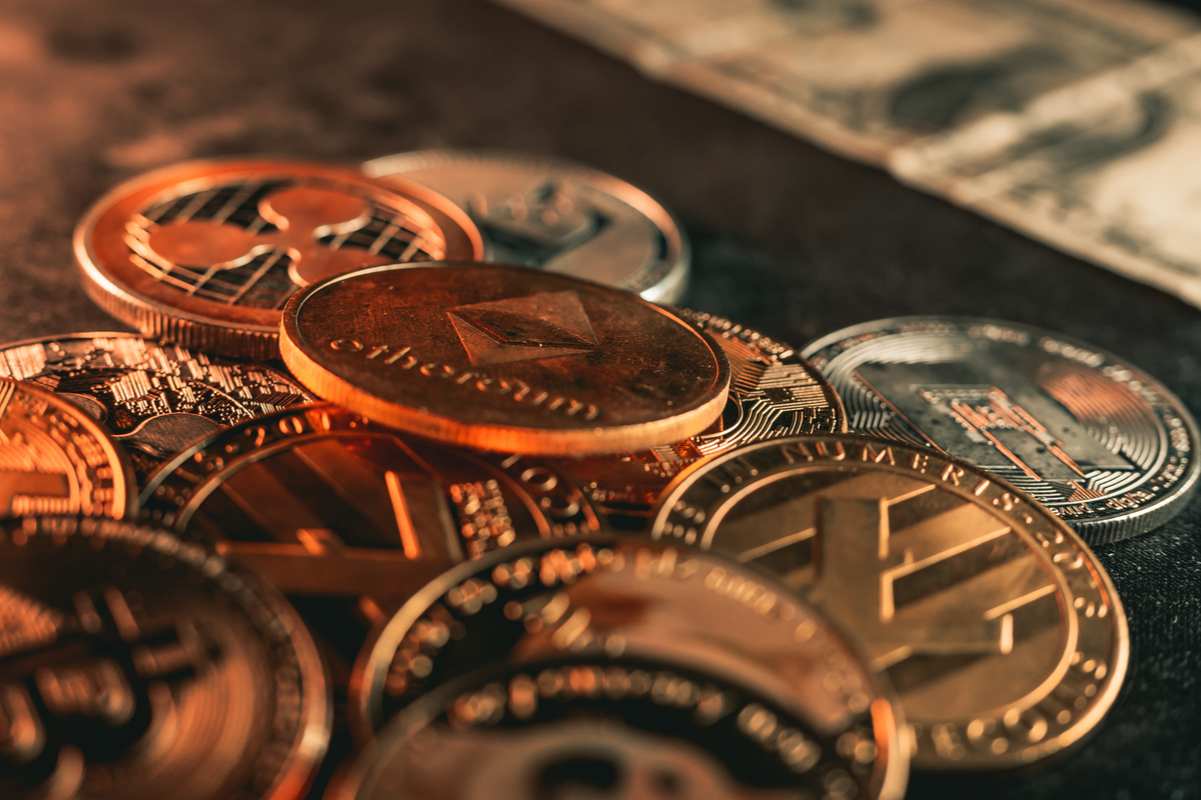 State of the Market

Broad macro risk appetite looks set to finish the week in robust fashion, with US equity index futures eyeing a test of fresh two-week highs. The E-mini S&P 500 future is currently up about 0.7% in pre-market trade in the mid-3,800s, taking its gains since earlier weekly lows in the mid-3,600s to around 5.0%, with this recovery in sentiment helping to prop up cryptocurrency prices.

The outperformance of stocks and crypto this week has been surprising in the context of an increasingly loud chorus of economists, major financial institutions and even Fed Chair Jerome Powell himself warning about the rising risk of a recession in the US. But analysts said that this resilience in risk assets like stocks and crypto could be down to a steep drop in US government bond yields and major commodity prices, which itself directly reflects rising recession risks. This drop in commodities and bond yields suggests a tamer inflation outlook and less hawkish central banks.

In terms of the major altcoins, Polygon’s MATIC token is up more than 18% in the last 24 hours according to CoinMarketCap data, with MATIC/USD trading near $0.60 and higher by nearly 50% on the week. Analysts have cited recent upside as down to a new product released by Polygon’s development team that allows for more private voting in Decentralised Autonomous Organisations (DAOs). The new product, called Polygon ID, is a system that verifies user identification whilst allowing individuals to maintain their anonymity when voting on governance proposals. The product went live on Polygon DAO earlier in the week.

The next best performer is Ripple’s XRP, which is higher by over 13% over the last 24 hours and closing in on the $0.40 per token level, while the likes of Avalanche, Shiba Inu and Solana are all higher in the region of 7-10% over the same time period. Solana doesn’t seem to have taken much impetus from the news that the blockchain’s key stakeholder Solana Labs is planning to release its own Web3 integrated mobile phone called “Saga”. Generally, the altcoins are outperforming on Friday, indicate of improving crypto risk appetite.

Football (soccer for the North Americans) icon Cristiano Ronaldo, who is widely viewed as one of the best to ever play the game, has signed an exclusive multi-year partnership with crypto exchange Binance to drop a series of Non-Fungible Token (NFT) collections. These NFTs will be sold exclusively on Binance’s NFT marketplace, with the first collection expected to drop later this year.

Ronaldo, commenting on the collaboration, said that “my relationship with the fans is very important to me, so the idea of bringing unprecedented experiences and access through this NFT platform is something that I wanted to be a part of”. Binance CEO and founder Changpeng Zhao said that owners of the Binance/Ronaldo NFTs would secure “exclusive engagement opportunities to connect with Ronaldo”. Ronaldo has over 450 million followers on Instagram.

Elsewhere, US rap/hip-hop superstars Snoop Dogg and Eminem on Friday dropped a new Bored Ape Yacht Club (BAYC) NFT-themed music video to their song “From The D 2 The LBC”. Both rappers own an NFT of the cartoon ape, thus giving them rights to the images’ intellectual property, which allows them to feature the apes in their commercial endeavors.

The price floor to get your hands on one of Bored Ape Yacht Club’s 10,000 unique NFTs was last just above $100,000, around which it has spent the last ten or so days hovering. That puts the floor price market cap of the world’s most valuable NFT collection at just above $1 billion. Many major celebrities own BAYC NFTs.

Meanwhile, the North American National Hockey League (NHL) has just signed a multi-year partnership with NFT platform Sweet to build a digital collectibles marketplace. The NHLs foray into the NFT space follows recent moves by other major US sports leagues. The NBA, MLB and NFL have all announced similar NFT projects in recent years.

Crypto futures exchange CoinFLEX announced on Thursday that it would be pausing withdrawals given “extreme market conditions”. The company said it expects to resume withdrawals when it is “in a better position as soon as possible”. Trading for perpetual swaps and on spot markets has also been halted. CoinFLEX’s withdrawal halt comes as a withdrawal pause from major crypto exchange/lending platform Celsius Network enters its 11th day.

Elsewhere, crypto broker Voyager Digital, which was recently backed with funds from FTX CEO Sam Bankman-Fried, announced earlier this week that its daily withdrawal limit had been lowered to $10,000 from $25,000 given its exposure to beleaguered crypto hedge fund Three Arrows Capital (3AC). Earlier in the week, the company had said that it had accrued $720 million in exposure to 3AC via stablecoins and Bitcoin.

Turning to exchange news, global rating agency Moody’s has downgraded the corporate debt of US crypto exchange Coinbase from Ba3 to Ba2. The rating agency said the downgrade comes given “Coinbase’s substantially weaker revenue and cash flow generation due to the steep declines in crypto asset prices that have occurred in recent months and reduced customer trading activity”.

Coinbase this week announced that its Derivative Exchange would be launching its first crypto derivative producers later this month in the hope to attract more retail customers. The futures exchange will launch “Nano Bitcoin futures” (BIT), which are 1/100th the size of a traditional Bitcoin future.

Turning to crypto miners, Wall Street broker B. Riley has reduced its stock price targets for publicly listed crypto mining this week. The firm cut US mining giant Marathon Digital from a buy rating to neutral and cut its price target to $9 from $34 (the current share price is in the $6-7 region), citing to a combination of lower the lower Bitcoin price coupled with “repeated delays in the energization of miners outside Montana”.

Elsewhere, Binance CEO and founder Changpeng Zhao argued in a recent blog post that “bad” crypto projects should not be left to fail. Unfortunately, some of these bad projects have large user bases, often as a result of inflated incentives that created “marketing or pure Ponzi schemes”, he said.

Fed Chair Jerome Powell said on the second day of his semi-annual testimony before the US Congress on Thursday that he doesn’t think it is preferable for a private stablecoin to wind up being the digital dollar. “If we’re going to have a digital dollar, it should be government-guaranteed money, not private money,” Powell said.

The Fed Chair told Congress that the rollout of a Central Bank Digital Currency (CBDC) “is something we really need to explore as a country” and that the Fed plans to “work on both the policy side and the technological side in coming years and come to Congress with a recommendation at some point”. Powell’s remarks will not go down well with the issuers of some of the largest currently existing USD-backed/pegged stablecoins like Tether and Circle Internet Financial.

Elsewhere, in a separate Congressional hearing on crypto regulation, the co-founder of Cardano Charles Hoskinson had some interesting remarks regarding regulation and compliance. Congress should make the regulations, but leave compliance up to software developers, akin to how the banking industry self-regulates.

“It’s not the SEC (Securities and Exchange Commission) or CFTC (Commodities Future Trading Commission) going out there doing KYC-AML (Know Your Customer and Anti-Money Laundering), it’s banks,” he remarked. According to Hoskins, this would allow the crypto industry to create self-regulating organizations (SROs) to guide compliance, just like what happens in the private banking industry.

Over in the UK, the country’s former Chancellor of the Exchequer (the UK equivalent of the Finance Minister) Philip Hammond on Thursday warned that the UK could be falling behind its rivals when it comes to crypto regulation. The former Chancellor told Bloomberg that “the UK has missed a trick… We are getting very close to the point where it will be too late… Other jurisdictions are racing ahead of us”.

“The jurisdictions that have embraced this technology that have regulated it properly and effectively will be the ones that develop these markets and they will become the new hubs,” Hammond noted. For what it’s worth, the UK government announced plans back in May to introduce new crypto regulations with the stated aim of becoming a global hub for crypto and blockchain technology. Meanwhile, the world’s largest stablecoin issuer Tether also this week announced the introduction of a new pound sterling-backed stablecoin (GBPT) and referred to the UK as a new frontier in crypto innovation.