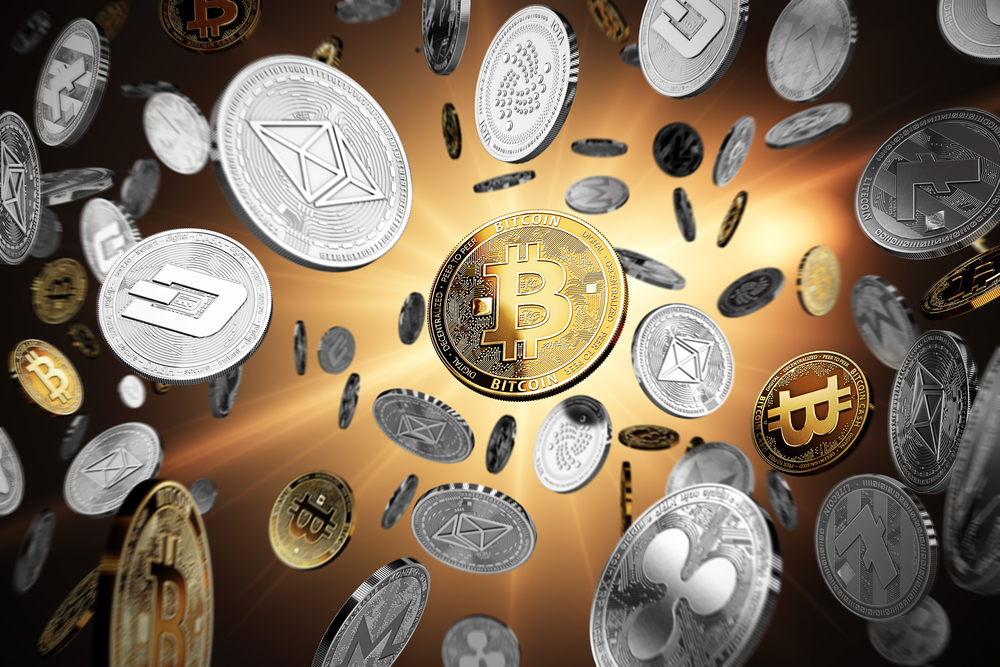 The crypto bears regained control during Asia Pacific trade on Tuesday, with some citing a larger than expected rate hike from Australia’s central bank as sparking fears about global central bank tightening ahead of this week’s European Central Bank meeting, where the bank is expected to outline rate hike plans for the months ahead.

Total cryptocurrency market capitalization shed more than $55 billion or around 4.5% on Tuesday to fall back to around $1.20 trillion, having at one point been as high as $1.28 trillion on Monday. But the big picture hasn’t changed much for crypto in the last couple of weeks.

Total crypto market cap has largely remained in the upper-$1.10s to mid-$1.30s trillion range since the early May tumble. Crypto investors remain anxious about a worsening, increasingly stagflationary global economy (with the Russo-Ukraine war and recent China lockdowns having worsened things in recent months), as well as about a global tightening of financial conditions that make crypto a comparatively less attractive investment.

But at the same time, growing evidence of US inflation has peaked, meaning an easing of uncertainty regarding how much the US Federal Reserve will tighten monetary policy (the Fed is by far the most important central bank for crypto traders to watch) has helped calm things in recent weeks.

The outlook for US inflation and Fed policy will be in focus on Friday with the release of the May US Consumer Price Inflation report. But until Friday, there aren’t many by way of major scheduled economic events/potential catalysts to spur macro-induced price action in the crypto market.

US Treasury Secretary Janet Yellen will be giving remarks at 1500BST on Tuesday which will be worth watching, while CoinDesk’s Consensus 2022 crypto conference begins on Thursday and will likely provide plenty of commentary/talking points for crypto enthusiasts to sink their teeth into.

For now, it would be unsurprising to see crypto markets continue to swing within a $1.15-$1.35 trillion market cap range and, in doing so, remaining not too far from the 21-Day Moving Average (currently at $1.233 trillion).

Bitcoin was last trading down about 6.0% on Tuesday near the $29,500 level, having slumped back from Monday’s highs in the $31,700s. As with the broader market, bitcoin continues to largely trade well within recent ranges ahead of key macro events later this week.

The latest slip in prices has seen bitcoin’s market cap drop back to around $560 billion, while its crypto market dominance remains close to recent multi-month highs of around 47%.

Fidelity’s director of Global Macro Jurrien Timmer, who is widely followed within the crypto space given his high-quality bitcoin commentary, was out with another thread on bitcoin on Monday. Timmer presented three different models that track the supply of bitcoin over time plus the adoption rates of the internet and mobile phones, which forecast that bitcoin’s price should be somewhere in the region of $47,700 – $144,750 by the beginning of 2025.

“Assuming the mobile phone curve is a more viable analog, its curve suggests a strongly growing network for Bitcoin in the years ahead,” Timmer stated, before caveating that “the more asymptotic internet curve raises the possibility that perhaps Bitcoin’s growth curve is more mature than my models have assumed”.

“I remain bullish on Bitcoin as an aspiring store of value in a world of ongoing financial repression,” he noted. “But the above exercise is a good reminder that we should always revisit our assumptions, especially when the price action deviates from expectations”.

Turning to ethereum, the world’s second-largest cryptocurrency by market cap was last trading lower by about 5.5% on the day in the $1,750 area and once again eyeing key resistance in the low $1,700s. The technicals are not looking good for ETH/USD, with the crypto pair having consistently posted lower highs since mid-May and with the 21-Day Moving Average (currently at $1,880) having consistently provided strong resistance since going all the way back to early April (with the most recent rejection coming on Monday).

Turning now to the other major altcoins, the biggest overnight story is that the US Securities and Exchange Commission is looking into Binance’s Initial Coin Offering (ICO) of BNB back in 2017 as a potential unregistered securities offering. Of the major altcoins, BNB was one of the underperformers on Tuesday and last trading with losses of about 9.0% in the last 24 hours, according to CoinMarketCap data.

News of the SEC’s probe into Binance’s ICO come when the world’s largest cryptocurrency exchange had already been in the headlines this week. On Monday, Reuters released an article claiming that Binance’s exchange has been used to launder illicit funds, citing the findings of a partnership with blockchain analytic firms Crystal Blockchain and Chainalysis. Binance has since hit back against such claims in a lengthy blog post.

Meanwhile, Cardano’s ADA was last trading lower by 8.0% in the last 24 hours, Solana’s SOL was last down about 12%, while dop-meme inspired Dogecoin and Shiba Inu were last down around 5.0%, with the latter failing to muster much of a lift in the face of its listing on crypto exchange Bitstamp. Ripple’s XRP was last down around 4.5% over the same time period with the ongoing Ripple vs SEC lawsuit still in focus.

BlockFi Valuation Sinks To $1B As Crypto Winter Bites

In the latest indication that the crypto industry remains in contraction (or the so-called “crypto winter”), crypto custody and asset management firm BlockFi will see its valuation sink to around $1 billion in an upcoming funding round, The Block reported.

Last March, the firm raised a cool $350 million in funds that put its valuation at around $3 billion. BlockFi was reportedly even close to raising another $500 million in July which would have valued it at over $5 billion.

The sharp pullback in crypto prices since last November as macro risk appetite worsens as the US Federal Reserve tightens financial conditions in order to address multi-decade high US inflation has weighed heavily on the valuations of crypto firms and seen many pause hiring and let go of employees in recent weeks.

US Senators Kirsten Gillibrand and Cynthia Lummis released their much anticipated, bipartisan crypto regulation bill on Tuesday. In terms of some of the key features of the bill, it would reduce a barrier to the adoption of cryptocurrencies in the US as a means of everyday payments by making all purchases worth under $200 tax-free (i.e. no capital gains to be paid by selling the crypto).

Meanwhile, the bill also borrows from Senator Pat Toomey’s recent proposal for new stablecoin rules to increase investor protection and promote adoption. The bill would also see lawmakers give the Commodity Futures Trading Commission (CFTC) authority over the spot markets in crypto commodities and seeks to define the difference between crypto commodities and crypto securities.

Analysts said that the comprehensive regulations bill is seen as more of a starting point for dialogue on crypto regulations in Washington and likely won’t lead to any big legislation passing Congress before 2023.

Separately, a draft US bill concerning cryptocurrency regulations was leaked on Twitter on Tuesday. The bill included policies intended to require all crypto platforms/service providers to legally register in the US if they are to operate there, including DAOs and DeFi protocols.

Elsewhere, Japan is considering new laws that would add it to the list of the major economies to have given themselves the legal authority to seize illegally obtained crypto, according to a report in the local Japanese press on Tuesday. The report said that current laws in Japan do not reference the treatment of illegally acquired digital assets, creating a potential loophole for criminals.