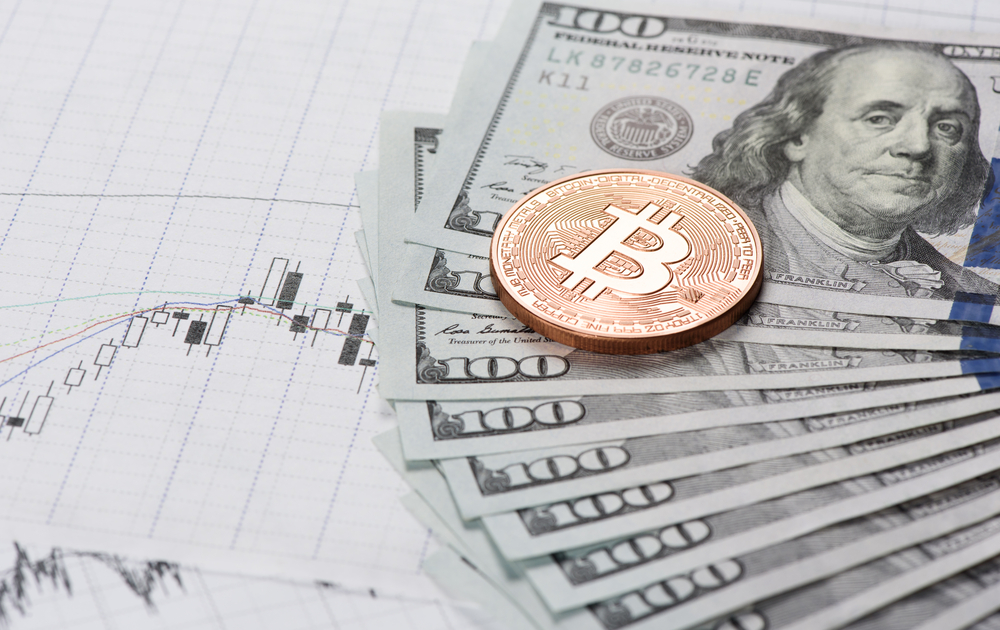 After data last Friday revealed stronger than expected job gains in May in the US, which at the time triggered some strength in the US dollar and weakness in US equities (both a result of markets pricing in a marginally more hawkish Fed), cryptocurrencies came under some temporary pressure.

Total crypto market capitalization fell momentarily as low as $1.185 trillion last Friday, the lowest point of the week, before then stabilizing in the low $1.20s trillion over the weekend. However, as the new week has begun, spirits have taken a significant turn for the better, with total crypto market cap last having risen about 5.0% on Monday to the $1.275 trillion area.

US equity index futures are higher in premarket trade and the US dollar is weaker, as markets unwind some of last Friday’s moves and these favorable flows appear to be giving crypto markets some tailwinds on Monday. Some analysts are citing last Friday’s US jobs data as actually relieving the pressure on the Fed to tighten so aggressively amid easing wage-price pressures, thus perhaps helping market sentiment.

Others are citing an easing of lockdown measures in Beijing as a positive helping to boost the macro mood. Either way, crypto is up, but the bulls won’t be getting too excited, as most major coins continue to trade well within the ranges established over the last few weeks.

Monday is a quiet day in terms of notable economic events that might impact macro/crypto sentiment. The main focus will be on Thursday and Friday when the European Central Bank (the second most important in the world) sets policy and then US Consumer Price Inflation (CPI) data is released.

Last month’s US CPI showed signs of inflation having peaked in the US back in April. Should the upcoming report for May show that price pressures have continued to ease, this could set the stage for further upside for crypto.

Away from the macro, crypto traders will also be monitoring this week’s Consensus 2022 conference put on by CoinDesk. Plenty of notable names in the crypto space will be attending and there will be plenty of commentary and announcements, some of which could be market moving.

Bitcoin was last trading around $31,400, with gains of roughly 5.0% on Monday and the bulls eyeing a test of last week’s highs around $32,400. That gives the world’s largest cryptocurrency a market cap of close to $600 billion once again.

In terms of notable commentary related to bitcoin, widely followed Bloomberg strategist Mike McGlone told Kitco News over the weekend that he thinks bitcoin will hit $100,000 by 2025. He said that the current market weakness reflects the most significant inflation in 40 years and argued that, once this difficult period is over, bitcoin’s price could soar, making it one of the best assets to hold in the world.

Meanwhile, ARK Invest founder Cathe Wood said in a new episode of ARK’s In The Know YouTube series that on-chain metrics suggest that bitcoin is in the process of carving out a bottom. Wood said that “according to our metrics… short-term holders have capitulated… (which is) very good news in terms of putting in a bottom”.

Moreover, “long-term holders are at an all-time high at 65.7%… That means they’ve been holding Bitcoin for at least a year… We’ve got some very strong holders or HODLers here,” Wood continued. “That’s also very good news, although we might see some long-term holder capitulation to mark the bottom”.

Ethereum, meanwhile, was last trading with slightly better gains of about 5.5% on Monday around $1,900, where it is probing its 21-Day Moving Average. This is a notable level of resistance for ETH/USD, as the pair hasn’t been able to break sustainably above its 21DMA in nearly two months. If ETH/USD can make a clean run above the $1900 area, its in with a decent shot of testing last week’s highs around $2,000.

Regarding the major non-stablecoin altcoins, Binance’s BNB was last trading with gains of around 5.0% in the last 24 hours, according to CoinMarketCap data. Over the same time period, Solana’s SOL was up 12.5%, Ripple’s XRP was up 3.8%, Dogecoin was up 3.0% and Cardano was the standout performer with gains of close to 15%.

Tron founder Justin Sun announced over the weekend that modifications would be made to the blockchain’s algorithmic USDD stablecoin in order to avert the kind of collapse seen with Terra’s UST and LUNA tokens. At present, the way USDD maintains its peg is very similar to how UST used to, and many analysts are worried USDD may ultimately face the same fate. Sun said that he plans to overcollaterize USDD in order to boost investor confidence, with a reserve that must maintain at least a 130% collateral ratio. At present, Tron’s reserve hold about $1.4 billion worth of assets versus around $670 million in total USDD supply, which is likely sufficient collateralization to maintain confidence in USDD for now.

According to data on DeFi Llama, Tron’s Decentralised Finance (DeFi) ecosystem remains the only real bright spot when compared to its major peers. In wake of Terra’s collapse this time last month, the Trave Value Locked (TVL) on the likes of ethereum, the Binance Smart Chain (BSC), Avalanche and Solana has fallen between 30-50%. Meanwhile, by contrast, in the last 30 days, Tron’s TVL has risen by more than 30%, launching it into 3rd place in the DeFi space (by TVL behind ethereum and BSC).

In terms of notable DeFi stories, the native token to the PancakeSwap platform CAKE was last up nearly 10.0% on Monday after news broke that Binance’s venture capital division had made an investment in the platform. PancakeSwap is one of the most widely used Decentralised Exchanges (DEX).

In notable news related to the non-fungible token (NFT) space, the community Discord channel for the Bored Ape Yacht Club (BAYC) collect was hacked over the weekend, resulting in 200 ETH being stolen (worth around $360,000), BAYC creator Yuga Labs confirmed. The project’s community manager Boris Vagner had his Discord channel hacked and used to post a phishing link. The hack did not seem to impact BAYC NFT prices, or Yuga Labs’ associated ApeCoin token that functions as the medium of exchange in its recently released metaverse Otherside.

According to NFT Price Floor data, the minimum required to purchase a BAYC NFT (its price floor) had risen to around $165,000 on Monday from the low $150,000s over the weekend, with prices seemingly getting a boost in tandem with the broader market. In further BAYC/NFT-related news, famous US rapper Snoop Dogg over the weekend announced plans to create a new BAYC-themed dessert restaurant in collaboration with Food Fighters Universe.

US Federal Reserve Board of Governors member Christoper Waller said over the weekend that if crypto investors continue to sustain large losses, such as what happened to many holders of Terra’s stablecoin UST, the situation could become “morally intolerable”, strengthening demand from consumers for more regulation/protections. Waller thus recommended that lawmakers in the US take action now to protect investors.

Speaking of investor losses, a new report by the US Federal Trade Commission (FTC) estimated that between January 2021 and March 2022, consumers lost over $1.0 billion to fraud involving cryptocurrencies. Allegedly, roughly $575 million of these losses were due to fake/phony crypto investment opportunities, which are sometimes referred to in the crypto community as “rug pulls”.

Two members of the US Congress have put forth a bipartisan bill to require lawmakers to disclose their crypto holdings. Any purchase or sale of crypto worth more than $1000 would need to be disclosed and failure to comply would incur fines. Transactions made by spouses and children would also need to be reported. Lawmakers must currently disclose their holdings of traditional assets (like stocks), so introducing a new law to include crypto seems a natural step.

Elsewhere, the latest commentary from the deputy governor of India’s central bank Rabi Sankar suggests that sentiment at the bank remains resoundingly anti-crypto. Sankar said over the weekend that central bank digital currencies will “kill whatever little case there could be for private cryptocurrencies”.