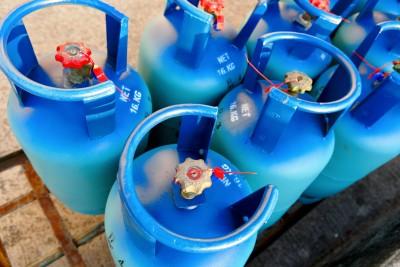 The report took speculators by surprise as traders were expecting to see a much larger increase and helped the commodity make an about turn to trade over the 3.81 price level after declining to the upper 3.75 range. According to data provided by Nanex, $17 million worth of futures contracts changed hands in the moments leading up to the report’s release, sending prices higher.

The report, released every Thursday, details how much natural gas the government holds at that time. Markets typically react instantly to the information. This week, the report showed an increase of the commodity in storage, in line with expectations. Milder weather across the US as summer temperatures still have not arrived which helps increase residential demand and spare capacity production by electric companies, who turn to cheap natural gas for their extra production. Also supporting prices were comments from the new energy honcho in the US. U.S. Energy Secretary Ernest Moniz pledged to speed reviews of applications to export natural gas and told lawmakers he supported development of all types of power, including from alternate sources.

Moniz, confirmed by the U.S. Senate a month ago, defended government spending on clean-energy projects that Republicans have faulted, saying climate change is a risk and the investments would give the U.S. an advantage in a burgeoning global renewable-energy market.

Moniz said the department would expeditiously act on requests from producers to export natural gas. The department is reviewing about 20 applications from companies including Dominion Resources Inc. (D) to sell liquefied natural gas to nations without free-trade agreements with the U.S., a reflection of how rising gas production from hydraulic fracturing, or fracking, has shifted the energy debate.

Crude oil is trading this morning at 96.68 flat today after trading in the green yesterday. Crude-oil futures ticked lower earlier on the day Thursday despite a better-than-expected report on U.S. jobless claims as investors remained uncertain about global economic conditions. Late in the day on Thursday markets made a U-turn to see crude oil climb back to the 96.68 level. Prices remain high as speculators push them up with no grounds and no ties to fundamentals as recent reports show a global glut and a surge in production. U.S. oil production growth was the largest in the world last year, showing that despite some suggestions to the contrary, crude is plentiful, BP Chief Executive Bob Dudley said Wednesday. The real challenge for the industry, he said, is how much money and where in the world to invest to reap the greatest rewards from the changing landscape.

“The supply of energy is coming from an increasing diversity of sources as the world’s energy market continues to adapt, innovate and evolve,” Dudley said.