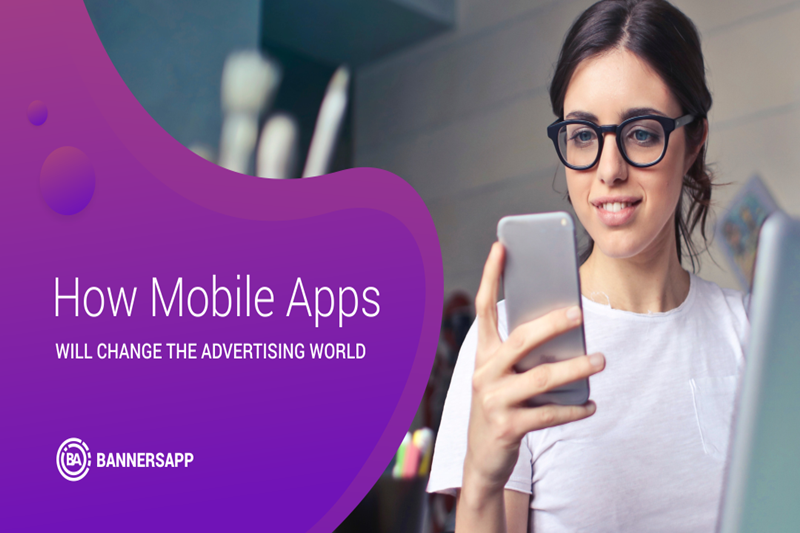 Imagine a perfect world where the advertisement of your brand is shown only to target audience any time they use their phones. The targeting is based on location, gender, education and other characteristics which give advertisers and brands only real views for real possible clients. The advertising market launches more and more application that is developed in accordance with brands’ requirements and provide a possibility to set detailed configurations and make the promotion process simpler. One of the companies has recently launched a mobile application which is claimed to become the next revolution in the advertising market and we are about to tell you why it worths your attention.

According to Statista, there will be 2,5 billion people using smartphones by 2019. Mobile users unlock their phones from 80 to 110 times per day. At the same time, 69% of consumers from 18 to 39 years old use mobile phones for a research of products before purchasing them. Mobile devices automatically become a new channel for brands promotion as people simply cannot imagine their lives without their phones. Applications for smartphones will definitely change the advertising market.

What is the new technology?

Emarketer research states that $101 billion was spent on mobile ads globally last year which is 5 times more than in 2012. Spendings in this sector will only increase.

EasyVisual is an advertising network that before the launch of the app has already had a 3,5 million audience in 190 countries including South Korea, China, Vietnam, Poland, Slovakia, Germany, Ukraine, Turkey, Czech Republic, Israel. The company has made a right choice and decided to use as much potential of smartphones as possible in order to make brands promotion successful and cost-effective.

Banners App and its benefits

Advertising of cryptocurrencies hasn’t become simpler with the development of the blockchain technology and its fast increasing popularity. Facebook was the first social network to forbid crypto ads at the time of the Bitcoin, Ethereum and Ripple bubble. Web giants like Google, Bing, and Twitter have followed by as well. It’s getting more complicated to promote crypto projects and coins, so the advertising market comes up with new ideas and approaches in order to give cryptocurrencies a chance to get audience awareness on the same level as other products and services.

One of the ways to solve the existing problem for crypto advertisement is to launch a mobile application. For example, Banners App is based on Android operating system and doesn’t have any ad restrictions for crypto. The app can be downloaded from Google Play and is activated any time a user unlocks a phone. Users indicated their personal information in the app: location, gender, marital status, education, languages, interests, professional achievements, and wellness. The targeting is based on the following characteristics. Besides, users can set the number of times they want to see the ad.

By using Banners App brands and advertisers get:

Thanks to EasyVisual there will be no more useless advertisement and money spent on the promotion will prove its worth.