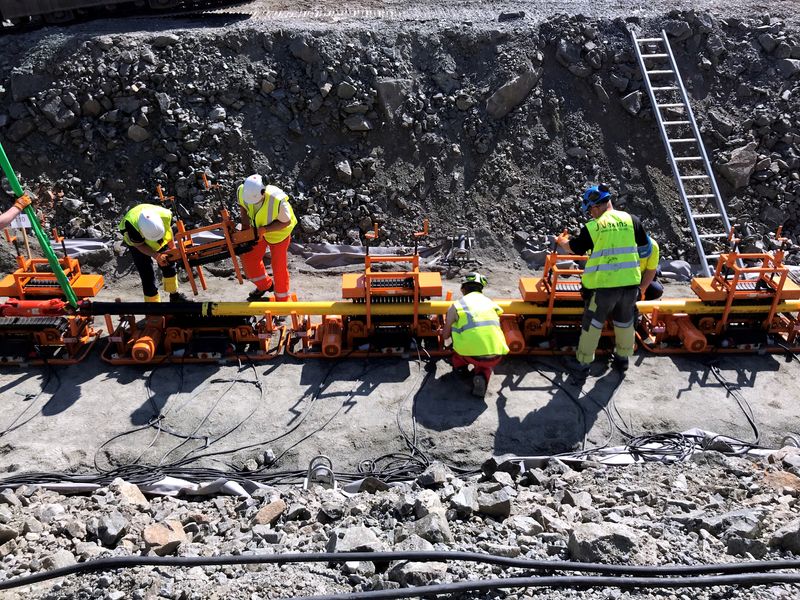 OSLO (Reuters) – Norway’s government should not restrict electricity exports as this could make it hard for the country to get the imports it may need this winter, grid operator Statnett said on Friday.

Statnett in May said that the electricity market in southern Norway would be “pressed” this winter, and in June Norway’s energy regulator NVE asked the grid operator to investigate future options for handling a very tight power situation.

Restricting exports, which the Norwegian government has said it may do to prevent blackouts, could lead to similar measures being imposed by other countries, limiting the ability to import power from abroad when needed, Statnett said.

“We do not recommend the introduction of export restrictions,” Statnett Chief Executive Hilde Tonne said while presenting other measures to ensure electricity supplies amid unusually low hydropower reservoir levels.

Hydropower accounts for more than 90% of Norwegian electricity production, but the driest 12-month period in 26 years in southern Norway has depleted reservoir levels to record lows and sent prices soaring.

“We have said several times that we can get to a situation where we might be reliant on imports this winter,” Statnett’s head of system operations Peer Oestli said.

In its reports, Statnett proposed instead to continue encouraging producers in southern Norway to conserve water in reservoirs, which has already resulted in multi-year low production and net imports in some weeks.

Statnett is also in talks with industry in southern Norway over options to cut consumption if necessary, aiming for an agreement before Christmas, Oestli said.

The grid company also proposed a deal with Equinor for an option to run the Mongstad gas-fired electricity plant, which has been slated for decommissioning.

Statnett did not wish to provide an estimate of the financial costs for such deals with industry and Equinor.

The proposed measures are intended to remain in place until spring 2023, Tonne said.