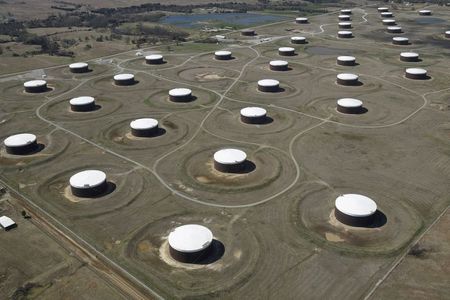 Producers in the Gulf are still struggling to restart operations nine days after Ida swept through the region with powerful winds and drenching rain.

About 77% of U.S. Gulf production remained offline on Tuesday, or about 1.4 million barrels per day (bpd). About 17.5 million barrels of oil have been lost to the market so far.

The Gulf’s offshore wells make up about 17% of U.S. output.

“Refinery operations appear to be making a quicker recovery,” ING analysts said in a note.

Capacity of about 1 million barrels per day (bpd) was temporarily closed, down from a peak of more than 2 million bpd, ING said, citing the latest situation report from the Department of Energy.

Traders will be closely watching inventory data from the American Petroleum Institute industry group due later on Wednesday and the U.S. Energy Information Administration on Thursday for a clearer picture of the storm’s impact on crude production and refinery output.

“It’s possible the loss of refining demand and the amount of crude oil might somewhat cancel itself out,” said Bob Yawger, director of energy futures at Mizuho.

Prices were also supported as protesters in Libya blocked oil exports at Es Sider and Ras Lanuf, an oil engineer at each of the ports said, although other engineers said production at fields that supply the terminals was unaffected.

Meanwhile, the U.N. atomic watchdog criticised Iran for stonewalling an investigation into past activities and jeopardizing important monitoring work, possibly complicating efforts to resume talks on reviving a nuclear deal.

The negotiations between world powers and Iran have been paused for almost three months since the election of a new radical president in Iran, reducing prospects of Tehran being able to resume oil exports.