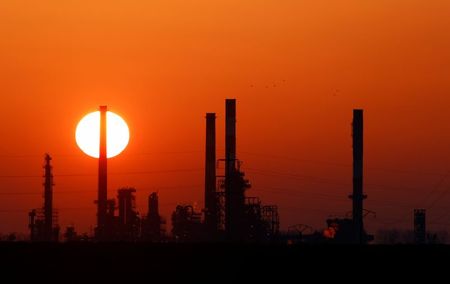 “Oil (had) its worst week this year as concerns grow over a flaring up in COVID-19 cases across Europe,” Dutch bank ING said in a note. “This comes at a time when there are clear signs of weakness in the physical oil market.”

Nearly a third of French people entered a month-long lockdown on Saturday while Germany plans to extend its COVID-19 lockdown into a fifth month, according to a draft proposal.

Nasser said on Sunday that global oil demand is on track to reach 99 million barrels per day (bpd) by the end of 2021 thanks to ramped-up coronavirus vaccination programmes.

The Organization of the Petroleum Exporting Countries (OPEC)and its allies, together known as OPEC+, have put in place unprecedented production cuts in a pact to balance global markets after demand plunged during the COVID-19 pandemic.

U.S. drillers, meanwhile, are starting to take advantage of the recent spike in prices, adding the most rigs since January in the week ending last Friday. The rig count has been rising over the past seven months and is up nearly 70% from a record low of 244 in August.