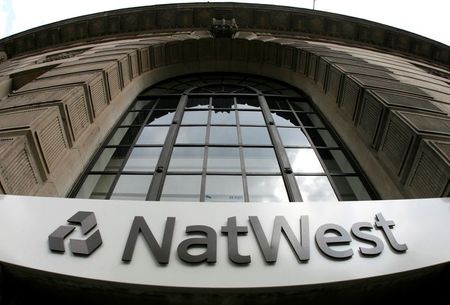 A NatWest spokeswoman told Reuters that 55% of staff will adopt a hybrid working model, mixing home and office working, while 32% will adopt a ‘remote-first’ model with a minimum of two days a month in the office and the remainder sticking with the ‘office-first’ model.

“For some of you, it will be clear which category your role fits within. For others, it may be less clear – and may depend on other factors,” Chief Executive Alison Rose had told staff in a speech subsequently posted on the bank’s website on Tuesday.

The changes will take place after consultation with employees’ managers and in a phased manner, Rose said.

The update from NatWest offers one of the clearest signs yet from a major British bank of how employees’ working lives will change as many of the home-working arrangements required during the pandemic are adopted permanently.

Despite the shift to more remote working NatWest has no immediate plans to close more offices, the spokeswoman said, in contrast with some British banks.

HSBC aims to cut its office footprint by 40% over the long term, the bank said in February, and is moving about 1,200 call centre staff in Britain to permanent home working, Reuters reported in April.

NatWest has so far only closed its Regents House office in London and is keeping its real estate under review, the spokeswoman said.

The bank has spent the past year converting its offices to suit the new working patterns, with more space for collaboration and drop-in workers, she added.

(Reporting by Lawrence WhiteEditing by Jan Harvey and David Goodman)