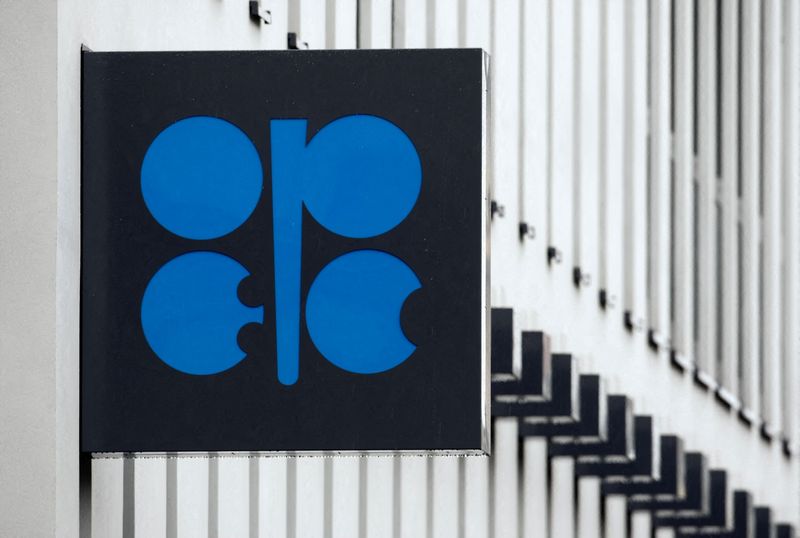 LONDON (Reuters) -OPEC+ compliance with oil output cuts rose to 129% in January, a source from the group told Reuters, as producers fell further behind their target and signalling a tight market that could push prices higher.

OPEC+, which groups the Organization of the Petroleum Exporting Countries and others including Russia, is undoing output cuts put in place after the pandemic slashed demand.

The group has aimed to restore an additional 400,000 barrels per day (bpd) each month since August, but not all producers have kept up with their individual targets.

West African producers Nigeria and Angola, for example, have faced outages and struggled with limited investment.

The 129% compliance in January cited by the source would be the highest in more than two years and marks a rise from 122% in December and 117% in November.

Compliance from OPEC countries was 133% in January, while non-OPEC producers stood at 123%, according to data provided by the source.

Benchmark Brent traded as high as $95 on Monday as the market remained tight due to recovery in demand.

The head of International Energy Agency’s (IEA) Fatih Birol has called on OPEC+ to narrow the gap between their oil production targets and actual output.

The IEA in its last monthly report said the gap between the target and output in January had widened to 900,000 bpd.