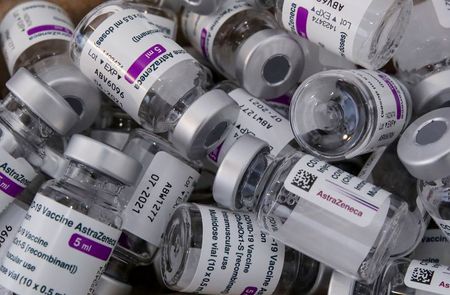 The company, which has development programs for conditions including hepatitis B, prostate cancer and non-small cell lung cancer, has raised $216 million to date from Gilead Sciences, Sequoia Capital China and Oxford Sciences Innovation among others.

The UK-based company, spun out of Jenner Institute at the Oxford University in 2016, said it plans to list its American Depositary Shares (ADS) on Nasdaq under the ticker symbol “VACC”.

It said it was offering 6.5 million ADSs, each representing one ordinary share, priced between $16 and $18 each. At the top end of the range, the IPO would rake in $117 million for Vaccitech.

The company intends to use proceeds from the offering to fund its ongoing clinical programs and its early-stage research and development.

Morgan Stanley, Jefferies, Barclays, William Blair and H.C. Wainwright & Co are the underwriters for the offering.

(Reporting by Niket Nishant and Manojna Maddipatla in Bengaluru; Editing by Shinjini Ganguli)