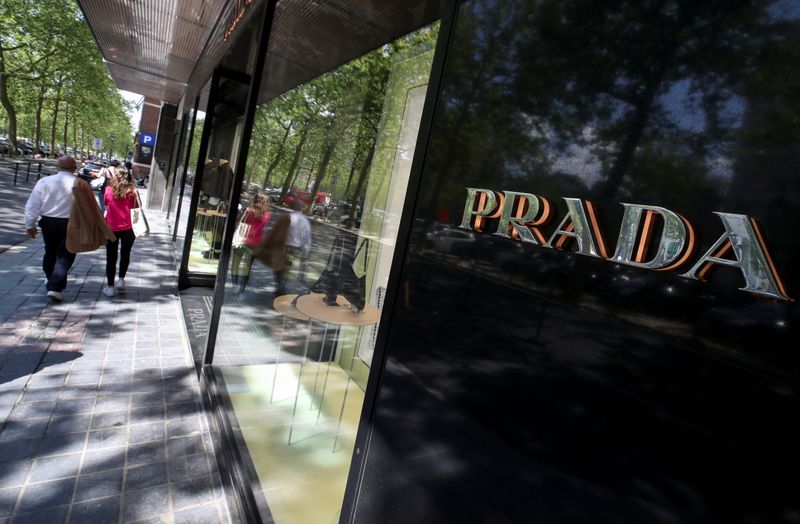 By Claudia Cristoferi and Silvia Aloisi

Richemont said last week it was in advanced talks with Farfetch about selling it a minority stake in its online business Yoox Net-a-Porter (YNAP). It added it would also invite other firms to participate in turning YNAP into an industry-wide platform with no overall controlling shareholder.

Farfetch chief executive Jose Neves said during the company’s third-quarter earnings call that the luxury brands are still in negotiations. He could not provide timing on transaction as “there is no guarantee any deal will be successfully completed.”

“I think…we will be invited to participate in the discussions,” Lorenzo Bertelli, the group’s 33-year-old marketing chief and son of CEO Patrizio Bertelli, told an investors’ presentation in Milan.

“It’s premature and the scenario is still not clear enough to answer, but we are not saying “no” a priori,” he said when asked if Prada could invest in the venture.

Patrizio Bertelli, who with his wife and creative designer Miuccia Prada has transformed a family-owned brand into one of the world’s top luxury groups and vowed to keep it independent, said he could hand over the reins to Lorenzo in the next three to four years. Bertelli senior is 75.

Unveiling Prada’s medium-term strategy, the pair said they aimed for sales to reach 4.5 billion euros ($5.1 billion), compared with 3.2 billion euros in 2019, before the pandemic struck, and record sales of 3.6 billion euros it posted in 2013.

The focus will be on moving Prada upmarket and doubling the online share of retail sales to 15% – still below an industry average of around 20% but way above the 2% level prior to the global health emergency.

The Hong Kong-listed group, known for its minimalist looks, was in the middle of a strategic revamp to revive sales when the crisis hit retailers across the globe by forcing them to temporarily shut stores and depriving them of tourist shopping.

It said on Thursday that retail sales in the three months to September had grown by 18% compared to the same period in 2019, an acceleration from the 13% growth rate of the second quarter.

It expects revenues to grow above 2019 levels this year after falling to 2.4 billion euros in 2020.

In the medium term it targets an operating profit of 20% of total sales, more than twice the 2019 level, a goal that some analysts said was underwhelming when compared with brands like Gucci or Louis Vuitton.

Executives said that Prada, less exposed to higher-margin leather goods and handbags than rivals, was planning to invest in those product categories to boost margins. “We think those targets are not under-ambitious, but reasonable and realistic,” said Alessandra Cozzani, the group’s finance chief.