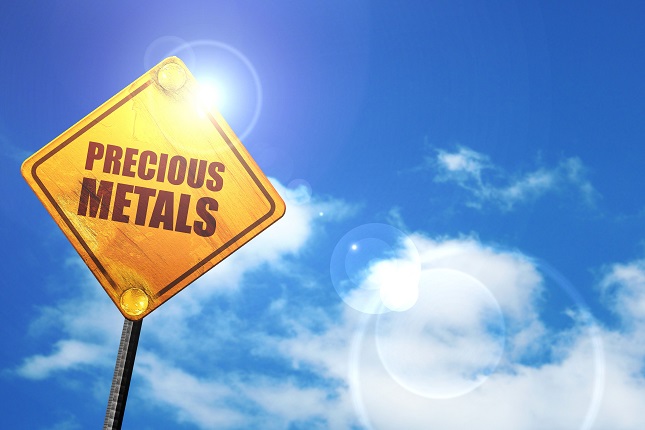 Asian stocks were largely steady on Tuesday, with worries over the U.S.-China trade conflict offsetting support from earnings-led gains on Wall Street. There’s some very light demand from China and Southeast Asia as cheap gold looks attractive to small-time investors who could not horde up on US Greenback. US Greenback is expected to continue growing higher as the possibility of multiple rate hikes by US Fed looks highly likely however positive performance of USD post hawkish earnings report in wall street has resulted in Investors cashing in on profits.

While the market outlook remains positive for US Greenback in near future, profit booking activities have resulted in US Greenback losing ground against major global currencies. DXY – US Dollar index which is used to measure the strength of the dollar in the broad market is down 0.18% at 95.19. Spot Gold XAUUSD is up 0.45% on the day at $1212.84 an ounce while US Gold Futures GCcv1 is up 0.33% at 1221.80 an ounce.

Gold prices have declined nearly 12 percent since mid-April, pressured by a stronger U.S. dollar from an ongoing U.S.-China trade dispute and amid expectations of higher interest rates in the United States and hit 5 week low at $ 1204.49 last Friday before making a rebound. The U.S. Federal Reserve is widely expected to raise benchmark lending rates, for the third time this year, at its next policy meeting in September. Higher U.S. rates tend to boost the dollar, making greenback-denominated precious metals more expensive for holders of other currencies.

Meanwhile, holdings in SPDR Gold Trust GLD, the world’s largest gold-backed exchange-traded fund, fell 0.78 percent to 788.71 tonnes on Monday. Overall sentiment remains weak in light of ETF reducing positions, a strong dollar and rate hikes. A weaker dollar has resulted in a positive rebound in not just Gold but also the Silver market. Spot Silver XAGUSD is up 0.88% at $15.425 as of writing this article and is expected to continue its uptrend movement as long as Dollar remains weak in a broader market.

The escalating U.S.-China trade war is deterring hedge funds and other money managers from opening new positions in the WTI and Brent benchmarks, with total bets dropping to their lowest since 2016 in the week to July 31, according to data by European and U.S. options and futures exchanges compiled by Bloomberg. The net long position—the difference between bullish and bearish bets—in WTI dropped by 1.4 percent to 386,764 futures and options in the week ended July 31, with longs down and shorts up. Investors are backing away from betting heavily on oil in a volatile market as the U.S.-China trade war continues to escalate and as reports emerged last week that the Chinese had refused to scale back crude oil imports from Iran.

The increase in short-term bets along with softer US Dollar has helped WTIUSD performance in today’s trading hours and the pair is currently at 69.83/b with 0.42% increase in value.