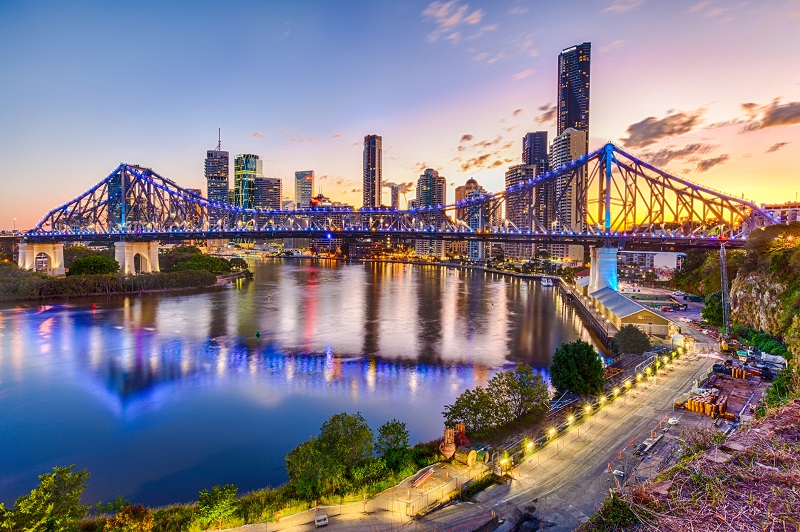 TravelbyBit has already unleashed and helped in the installation of digital currency point-of-sale systems in over 200 merchants across the country. As much as 60% of the systems are installed in Queensland making it a financial hub when it comes to cryptocurrencies.

A clear indication that Queensland maintains the lead when it comes to cryptocurrency adoption is epitomized by the fact that Brisbane Airport became the first in the world to accept digital currency payments.

Throughout the international airport, travelers can make purchases using a wide variety of virtual coins ranging from Ethereum (ETH) to Bitcoin (BTC) and Litecoin (LTC). The airport averages more than 50 cryptocurrency transaction a day and growing at an impressive rate. Agnes Water town in the state, on the other hand, is set to become the country’s first digital currency town, amidst a flurry of activities and conferences that seeks to accelerate cryptocurrency adoption.

Brisbane is not the only city that the local startup is focusing on as part of its push to make it easy for people to carry out cryptocurrency transactions. The firm has also set its eyes on other top tourist destinations, as it looks to enhance travel experience with virtual currencies, in the state.

The state’s minister for Innovation and Tourism Kate Jones has already echoed the drive reiterating that cryptocurrencies have the potential to drive more tourists into the state. Cryptocurrencies are becoming increasingly popular with tourists in part because they alleviate the need of having to walk around with huge chunks of money. In addition, they remove the risk that comes with international transaction fees as well as conversion rates.

While credit cards are still popular, an increase in fraud cases has forced many people to switch to other forms of money. Having a credit card stolen or lost can lead to huge losses depending on whose hands it ends up in. However, with cryptocurrencies, the loss of a smartphone does not in any way affect once holdings in a digital wallet.

“Privacy with digital currencies is a security feature; I push a fixed amount of money to the business, and that merchant has no ability to pull any more money from my account. Whereas, with credit cards, whoever has my credit card number can pull money from my account again and again and make as many fraudulent transactions as they want online,” said TravelbyBit CEO Caleb Yeoh.

Merchants in Queensland are increasingly adopting cryptocurrencies to avert the risk of transactions getting reversed as is the case with a customer paying with a stolen credit card Low barrier entry points also means businesses in remote areas where there is no credit card services or ATMs can still be able to transact businesses by relying on smartphones. A lack of merchant fees or point of sale rental costs is some of the other benefits.