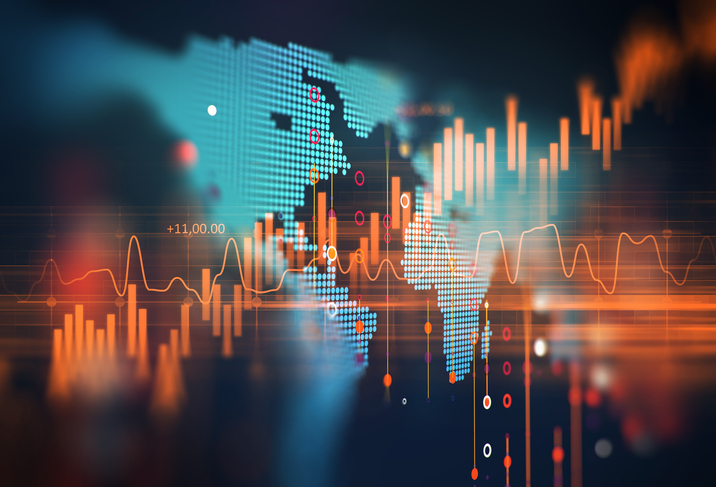 Thursday was a volatile day across most major asset classes as investors posted wicked outside moves in the Euro, Treasurys, Dollar Index and gold. The catalyst for the dramatic price swings was a short comment from European Central Bank President Mario Draghi that appears to have been strong enough to offset any of the weakness fueled by the dovish European Central Bank policy statement.

The story grabbing the headlines early Friday centers on investors being worried that the Federal Reserve will not be as dovish as expected in its monetary policy announcement on July 31 after remarks from the ECB Chief.

Investors became concerned about next week’s Fed interest rate and policy decision after ECB President Draghi said there was not a significant risk of a recession in the Euro Zone.

Early in the session, German yields fell to record lows under 0% after Draghi said at a press conference that “a significant degree of monetary stimulus continues to be necessary to ensure that financial conditions remain very favorable and support the euro area expansion.”

Yields around the world reversed and soared from lows after Draghi said he sees slowing growth in Europe, but still a “pretty low” chance of a recession. These were magic words to Treasury traders who drove the 10-year Treasury yield to about 2.071% near the close.

The wicked swings in German and U.S. interest rates had a huge effect on the Euro and the U.S. Dollar Index. The Euro fell initially on the ECB interest rate decision and early comments from Draghi, but then clawed higher throughout the session as short-sellers covered aggressively in response to the rise in German yields.

The Dollar Index, which is heavily weighted by the Euro, first rallied after the single-currency fell, then spiked lower when the Euro turned higher for the session. The dollar’s losses were likely limited by the rise in U.S. Treasury yields.

The price action in the Euro and Dollar indicate that investors and traders should pay more attention to the movement in yields rather than the headlines. It’s not the headlines that move the currencies, but rather how the headlines affect the direction of yields.

Gold prices also produced a wicked outside move before settling lower. “Safe-haven” buying and selling had nothing to do with the price action. It was all about yields and the dollar. A further rise in yields could have a strong negative effect on gold because money will chase the higher yield since gold doesn’t pay interest or a dividend.

Friday’s U.S. Advance GDP report should move the markets since a stronger than expected number will support the notion that the U.S. is not headed toward a recession just like Draghi said about the Euro Zone. This should drive Treasury yields higher as investors reduce the odds of a more aggressive Fed at next week’s monetary policy decision.