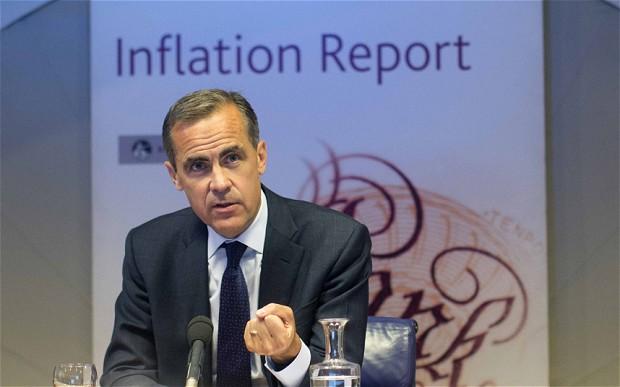 Economic data released through the Asian session was on the heavier side this morning, with stats including March current account figures out of Japan, April inflation numbers out of China and house price figures out of the UK, while the RBNZ also delivered its May interest rate decision, together with the release of its rate statement and monetary policy statement in the early hours.

For the Kiwi Dollar, interest rates were left unchanged at 1.75%, which was in line with market expectations, while the rate statement, monetary policy statement and press conference weighed heavily on the Kiwi this morning.

To support the Bank’s view that the annual rate of inflation will gradually move towards 2%, the RBNZ would need maintain the current overnight cash rate for a considerable period of time, a particularly dovish comment.

If the Kiwi Dollar wasn’t already on the back foot, following the slide in April credit card sales, the RBNZ also downgraded economic growth and inflation forecasts, leading to a delay in the expected timing of the next rate hike to the 3rd quarter of next year, though the Bank stated that it was not in a position to say whether the next move would be up or down.

Out of China, consumer price inflation figures came in softer than expected, with the annual rate of inflation easing from March’s 2.1% to 1.8% in April, consumer prices falling by 0.2% month-on-month, the softer numbers attributed to pork prices.

While consumer prices were on the softer side, wholesale inflation saw a pickup, rising by 3.4% in April, following March’s 3.1% rise, supported by rising commodity prices.

In spite of the pickup in wholesale inflation prices, expectations are for consumer price inflation to remain at current levels that should hold the PBoC back from the need to tighten monetary policy, supporting growth and the equity markets.

For the Japanese Yen, Japan’s current account widened from ¥2.076tn to ¥3.122tn in March, the widening attributed to a goods trade surplus of ¥1.19tn.

Elsewhere, the Aussie Dollar found further support early on, following Wednesday’s 0.11% rise, up 0.04% to $0.7466 early on, the gains coming off the back of a pause in the Dollar rally rather than a shift in sentiment towards RBA monetary policy, though there will have been some support from rising commodity prices and China’s inflation figures.

In the equity markets, it was risk on for the majors, the Hang Seng leading the way, up 0.91% at the time of writing, with the ASX200, CSI300 and Nikkei also in positive territory, the markets responding to the U.S administration’s position on Iran. Trump’s willingness to go back to the negotiating table has certainly eased the prospect of a market sell-off, with a jump in crude oil prices in response to sanction supporting the markets this morning, while concerns over trade talks between the U.S and China next week linger.

For the EUR, there are no material stats scheduled for release today, leaving the markets to slice and dice the ECB’s economic bulletin due out this later morning.

While the EU economic forecasts, released on Tuesday, were relatively upbeat, we can expect today’s bulletin to have greater influence, the outlook of greater significance to ECB monetary policy.

Germany’s trade and industrial production figures earlier in the week would have eased concerns of a meltdown, though inflationary pressures continue to place policy divergence in favour of the Dollar.

At the time of writing, the EUR was down 0.08% to $1.1854, with upside for the EUR likely to be limited near-term, the risk on sentiment and a forecasted uptick in U.S consumer price inflation putting the Dollar in the driving seat.

For the Pound, it’s Super Thursday and, while industrial and manufacturing production and trade figures will provide some direction for the Pound early on, it’s going to boil down to today’s BoE monetary policy decision.

While rates are not expected to move, following a batch of weak data, how the BoE views inflation and directs the markets this afternoon will be key for the Pound near-term.

Should we see the BoE downwardly revise its outlook on inflation, it should be considered an added reason for the BoE to hold near-term that should see the Pound slide further, sub-$1.34 levels certainly a possibility when factoring Theresa May’s troubles over Brexit.

Hawkish sentiment towards inflation and a couple of votes in favour of a hike this month and the Pound could find some support, with a move through to $1.37 levels near-term, though Brexit chatter will likely limit a near-term move back through to $1.40 levels.

Following the BoE policy decision, the NIESR GDP estimates for the UK will also be released, though the Pound will likely be taking its cues from Carney rather than the NIESR today.

At the time of writing, the Pound was up 0.16% to $1.3568, supported by a slight easing in the Dollar and hopes of a hawkish outlook on policy, with the Pound getting plenty of support at current levels ahead of today’s key driver.

Across the Pond, April’s consumer price inflation figures are scheduled for release this afternoon, anything in line with or better than forecasts a positive for the Dollar, though direction through the day will also be hinged on any chatter from the Oval Office.

There’s plenty going on at present, with Iran’s nuclear agreement, trade talks with China and North Korea to factor in on the geo-political risk front, Trump’s progress to date having provided strong support to the Dollar.

Across the border, stats out of Canada are limited to March’s house price index figures that are again likely to have a muted impact on the Loonie, which has found its feet this week in spite of a resurgent U.S Dollar, supported by a jump in oil prices, while NAFTA continues to be in focus.

At the time of writing, the Loonie was up 0.19% to C$1.283 against the U.S Dollar, with support from crude having finally kicked in ahead of today’s stats.