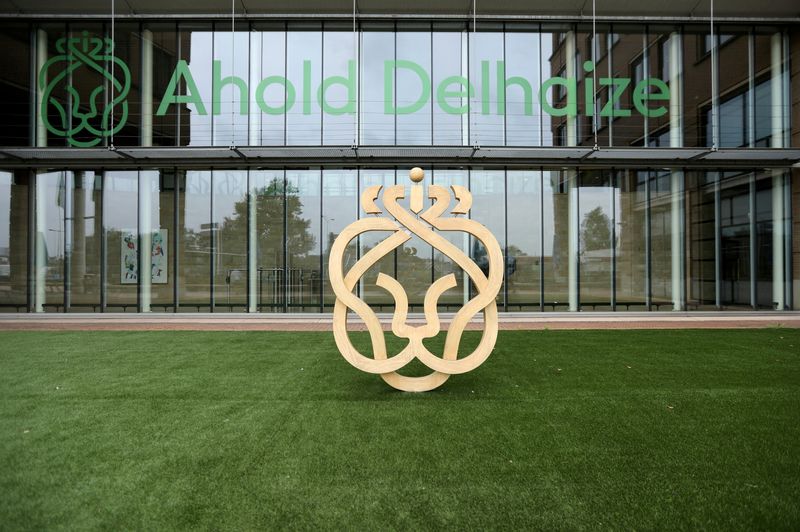 The Dutch-Belgian retailer, which makes most of its sales in the United States, said quarterly underlying operating income slipped to 829 million euros ($874 million) from 849 million a year earlier, but beat analysts’ mean forecast of 778 million.

It now expects underlying earnings per share in 2022 to be “comparable with 2021 levels”, having previously forecast a low- to mid-single digit decline.

Group online sales slipped 1% from the same period a year ago, when lockdowns drove unprecedented growth of 103%.

“In all markets, consumers are challenged by energy inflation and food inflation,” Ahold Chief Executive Frans Muller said in an interview.

Inflation topped 8% in the quarter and Muller said is expected to remain at roughly 5% for the full year.

“There is of course more of a Ukraine effect in Europe than in the U.S.,” he said, referring to Russia’s invasion of its smaller neighbour and the related surge in energy prices that is hurting consumer confidence.

Ahold’s sales in Europe were virtually flat in the quarter, but rose nearly 6% in the United States, bolstered by Easter and Mother’s Day sales. “In Europe, we have to be more careful, because there the margins are more challenged,” Muller said.

Plans to list Dutch-language non-food online store Bol.com, an Amazon competitor with 5.5 billion euros in annual sales, in the second half of 2022 have not been delayed due to current market turbulence, but getting the right value remains a priority, Muller said.