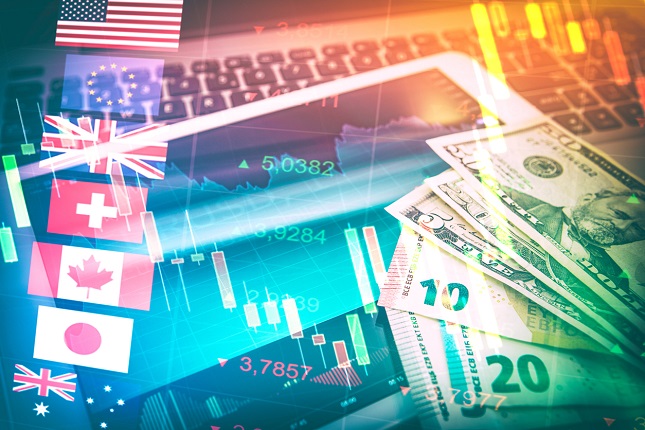 The economic calendar was on the busier side through the Asian session this morning. Economic data included August business confidence figures out of New Zealand and 2nd quarter New CAPEX numbers out of Australia.

Outside of the numbers, the Asian market reacted further the Wednesday’s U.S Treasury yield curve inversion to levels last seen back in 2007.

According to the latest ANZ Survey,

Private new capital expenditures fell by 0.5%, quarter-on-quarter, in the 2nd quarter, following a 1.7% fall from the 1st quarter. Economists had forecast a 0.5% rise.

At the time of writing, the Japanese Yen was up by 0.24% to ¥105.87 against the U.S Dollar, with risk aversion driving providing support.

It’s a busier day ahead on the economic calendar. Ahead of the European open, consumer spending and 2nd quarter GDP are due out of France.

We expect consumer spending and unemployment change figures to have the greatest influence on the EUR.

Also of influence are prelim inflation figures out of Spain and Germany.

Outside of the stats, geopolitics will continue to provide direction through the day coupled with sentiment towards the economic outlook.

At the time of writing, the EUR was up by 0.05% to $1.1083. News of Italy avoiding a snap general election provided support early on.

It’s another quiet day ahead on the data front. There are no material stats due out of the UK to provide the Pound with direction.

The lack of stats will the markets to continue to fixate on events in Westminister. British PM Johnson stated on Wednesday that he had requested for the Queen to suspend Parliament from 10th September.

Pro-remainers had looked to block such a move in July and are now looking to speed up the case hearing that was scheduled for 6th September.

If the Scotland Court of Session rule against the pro-remainers, the chances of a no-deal Brexit will rise significantly, which is Pound negative.

It’s a busy day on the economic calendar. Key stats due out of the U.S include 2nd estimate GDP numbers for the 2nd quarter, July trade data, pending home sales and the weekly jobless claims figures.

Any downward revision to the GDP numbers would pressure the Greenback. We can also expect some market sensitivity to the trade figures.

Of less influence on the day will be pending home sales and the initial jobless claims figures.

Outside of the numbers, geopolitical risk will continue to drive the global financial markets. Any trade war chatter needs to be factored in on the day.

It’s a quiet day ahead on the economic calendar. Economic data due out of Canada later today is limited to 2nd quarter current account data.

We expect the stats to have a muted impact on the Loonie, however.

Market sentiment towards the U.S – China trade war and the global economic outlook will continue to influence.