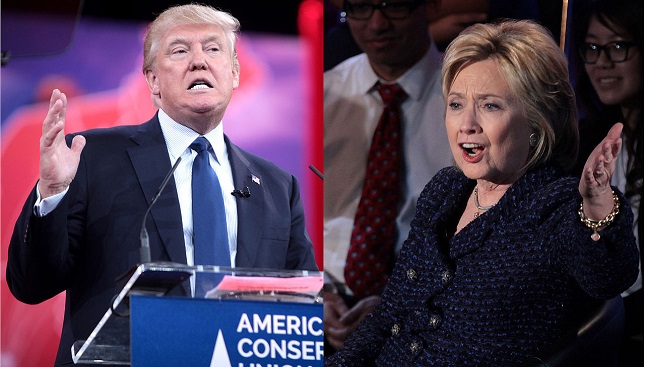 Riskier assets are higher on Monday just one day ahead of the U.S. Presidential elections.  On Sunday, FBI director Comey announced that the agency had completed its review of the new emails and had come to the same conclusion it did in July that there was no case against Secretary Clinton.  Stocks around the globe soared, led by Asian indices, with European shares climbing more than 1.5%. Oil prices rebounded, and gold moved lower.  In economic news, European retail sales were stronger than expected, but German manufacturing orders slipped continuing to print a negative reading.  The ECB is continuing to weigh possible steps to continue their asset purchas program.

The ECB weighing possible steps to extend QE, per reports citing Banca D’Italia. The Italian central bank reportedly said an early end to the ECB’s QE program is not being discussed and the ECB is weighing possible steps to extend the asset purchase program. This ties in with Draghi’s confirmation that the current schedule of 80 billion Euros purchases per month will go ahead as scheduled until the end of March next year. A possible follow up program clearly will be on the agenda in December and as Draghi suggested that an abrupt end to purchases is unlikely it seems some sort of follow up program is likely; the question is if monthly purchase targets will be maintained or gradually reduced.

German manufacturing orders dropped -0.6% month over month in September, more than expected and compared a consensus for a 0.2% rise over the month. The annual rate nevertheless jumped to 2.6% from 2.0% and together with strong confidence indicators for October, the data still points to an ongoing recovery.

On the inflation front, it appears that increasing prices in Switzerland has been harder than expected. Swiss October CPI undershot expectations at -0.2% year over year in the headline reading, the 24th month of deflation, unchanged from the September rate. The median forecast had been for a rise to 0.0%. The outcome will be displeasing for the SNB, which has long-been concerned by franc overvaluation. Weekly data from the SNB, meanwhile, showed that forex reserves rose to a new record high of CHF 630.3 billion, up by CHF 2.2 billion, which looks to have been accounted for by dollar and euro depreciation relative to the franc over the reporting period.