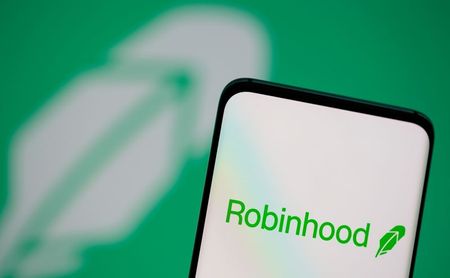 Since late last year, there’s been plenty of news on Robinhood and its crypto plans.

At the end of December, news had hit the wires of Robinhood launching a beta version of its wallet in 2022. Robinhood had reportedly first announced testing its digital wallet feature back in September. The expansion into the crypto space was set to start with enabling the deposit and withdrawals of Bitcoin (BTC), Ethereum (ETH), and Dogecoin (DOGE).

Amidst increasing crypto regulatory scrutiny, Robinhood aims to take the battle to crypto exchanges. According to Statista, Robinhood has seen its number of users surge from just 500,000 in 2014 to more than 20 million in 2021. By contrast, the world’s largest crypto exchange Binance (based on 24-hour volume) has an estimated user base of 28.6m as at October 2021.

The wallet will allow customers to send and receive their crypto from Robinhood to external crypto wallets. Having only previously supported the buying and selling of cryptos, Robinhood crypto holders can fully connect to the greater blockchain ecosystem for the very first time.

Key features of the wallet beta program include:

During the Beta program, Robinhood also intends to:

The heavily anticipated launch of the wallet beta program comes at a tricky time for the crypto market. Since late last year, regulatory chatter and activity has been on the rise, which has tested support for cryptos.

Just this week, news hit the wires of SEC Chair Gary Gensler warning of a crackdown on digital assets this year. The SEC Chair talked of more direct regulation of crypto trading platforms in the coming months. Gensler’s warning follows recent calls from the Bank of England, the IMF, and India’s Prime Minister for a global framework to regulate cryptos.