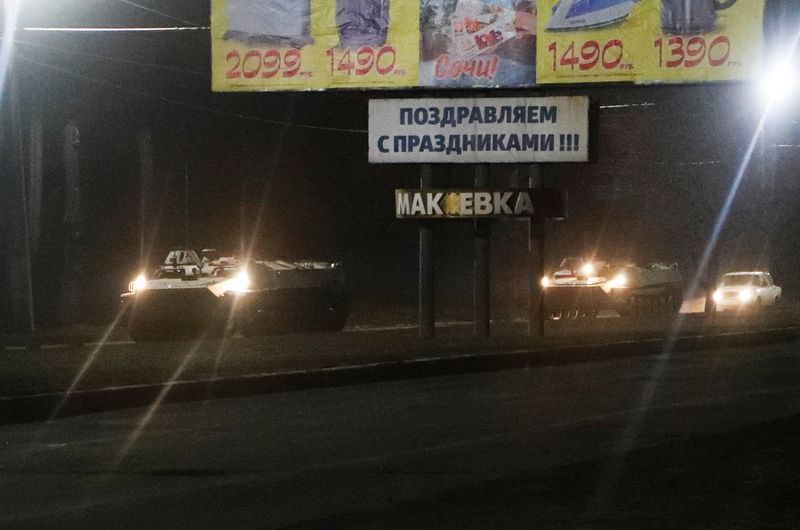 LONDON (Reuters) -Russia’s decision to formally recognise two breakaway regions of Ukraine and send troops there may be a precursor to a full-scale invasion, British Prime Minister Boris Johnson’s spokesman said on Tuesday.

“We believe that Russia’s actions overnight could well be a precursor to a full-scale invasion, but clearly we want to continue to pursue any diplomatic avenues that exist, and we’ll be speaking to other world leaders,” the spokesman said.

Johnson earlier said he would announce on Tuesday what he called the “first barrage” of sanctions against Russia.

“We stand ready to go further if Russia chooses to proceed with further aggression,” the spokesman said.