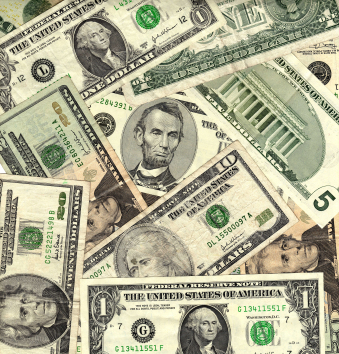 The U.S. Dollar advanced to its highest level of the year against a basket of currencies on safe-haven buying, as investors reacted to President Trump’s decision to step away from the Iran nuclear deal and re-impose sanctions. The dollar was also supported by political turmoil in Italy that rattled Euro traders.

Commodity-linked and emerging market currencies fell after Trump announced his decision at 1800 GMT because of its impact on appetite for risk. Turmoil in Italy was ignited after Italy’s two largest parties resisted President Sergio Mattarella’s call to rally behind a “neutral government.”

Expectations the Bank of England will leave interest rates unchanged at its policy meeting on Thursday drove the British Pound to its lowest level since January 11. The commodity-linked Australian Dollar fell to an 11-month low.

The Euro continued to weaken on Tuesday as traders cut bullish bets on the single currency and scaled back their outlook for European interest rate hikes in 2019.

All major currencies especially the Japanese Yen were pressured by a bullish outlook for the dollar that is being driven by the contrast in monetary policies between the hawkish U.S. Federal Reserve and the other dovish central banks.

Gold posted a wicked two-sided trade on Tuesday as investors reacted to a stronger U.S. Dollar and geopolitical concerns over President Trump’s decision to leave the Iran nuclear deal.

Speculative bullish traders believe the decision by Trump to leave the deal could raise risk aversion in the broader markets, helping gold, which is seen as a safe haven asset that holds its value in times of geopolitical turmoil. Bearish traders expect any gains to be limited because of the stronger U.S. Dollar and expectations for higher interest rates.

In announcing his intention to leave the deal, President Trump said, “We will be instituting the highest level of economic sanction. Any nation that helps Iran in its quest for nuclear weapons could also be strongly sanctioned by the United States.” Renewed sanctions could crimp Iran’s oil shipments which total about 2.5 million barrels a day. This could be supportive for prices.

The market was somewhat soothed by a statement immediately following the president’s announcement by Treasury Secretary Steven Mnuchin. In a prepared statement, he said “Sanctions will be reimposed subject to certain 90-day and 180-day wind-down periods. At the conclusion of the wind-down periods, the applicable sanctions will come back into full effect.”