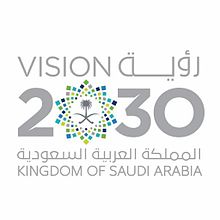 Oil prices reversed losses in Asia on Tuesday morning with WTI gaining 40 cents to 43.04 and Brent oil up by 41 cents to 44.73. Traders are hoping that renewed interest in the June 2nd producers meeting will reach an accord after the April 20th meeting showed massive discord among OPEC members. Saudi Arabia seems to be the dominant factor in a final agreement as they bide their time to unfold their new future plans for revitalizing and shifting the Saudi economy away from its dependence on oil.  According to Reuters crude oil futures rose, pushed up by a weaker dollar and a flood of new cash into the market, but analysts warned that fundamentals remain weak as a producer race for customers heats up in the Middle East.

“The global market is already close to balance, as analysts expect the market will try to test higher in coming months,” Standard Chartered bank said, adding that falling output OPEC would result in a rebalancing of oil markets soon.

Yet other analysts warned of more supply as Saudi Arabia and Iran seemingly ramp up output in a race for customers, further flooding the market with excess supplies.

“Saudi Arabia announced that it will complete an expansion of its Shaybah oil field by June, pushing capacity to 12 million barrels per day. Iran oil production has now increased by 1 million bpd since the beginning of the year, while Kuwait is expecting output to reach 3.15 million bpd by June after the end of a workers strike,” ANZ bank said.

Iran wants to get back to pre-sanction production of 4 million bpd. “The biggest bear risk to the oil market right now is that Iran’s ramp-up accelerates and then that Saudi Arabia does the same,” Citi said.

Just hours ago the Saudi Arabia’s cabinet has agreed on a broad-based economic reform plan, known as Vision 2030, revealing how the oil-reliant state plans to diversify its economy over the next 14 years.

Prince Mohammed bin Salman, the deputy crown prince, said on Monday that the country was building up the its Public Investment Fund to become a major player in global markets. He said Saudi Arabia was restructuring its housing ministry to increase the supply of affordable housing, and creating a “green card” system within five years to give expatriates long-term residence.

“Almost 10 million foreigners send their money back to their country, they can’t invest in this country, so by this green card idea, we are giving more rights to expats for investment or buy houses,” he said.

Saudi Arabia will also sell shares in state oil giant Aramco and set up the world’s largest wealth fund in line with the plan, Mohamed bin Salman said separately in an interview to the Saudi-owned Al Arabiya news channel.