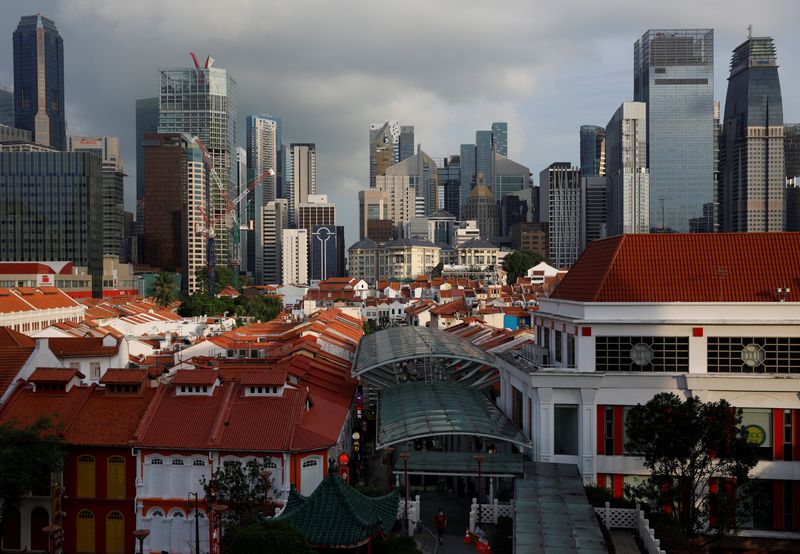 SINGAPORE (Reuters) – Singapore’s economy is expected to grow 3% in 2023, as the city-state gradually reopens its borders to international travel, a survey of economists conducted by the city-state’s central bank showed on Wednesday.

The most cited downside risk to Singapore’s growth outlook was a sharper-than-expected pickup in inflation and an associated acceleration in monetary policy tightening by top central banks, the survey of 23 economists by the Monetary Authority of Singapore (MAS) showed.

Headline prices are expected to rise 3.6% this year, the survey showed, slightly higher than central bank’s forecast of between 2.5% and 3.5%.

Both headline prices and core inflation are expected to ease in 2023, said the survey.

Singapore has yet to release its official gross domestic product (GDP) forecast for 2023.

Singapore’s economy is expected to grow 4% this year, the survey showed, in line with an official forecast of 3% to 5%.

In the first quarter of this year, the economists expect GDP to grow 3.7%.

MAS tightened its monetary policy settings in January this year, in its first out-of-cycle move in seven years as global supply constraints and brisk economic demand increased inflation pressures across the region.

The survey of the views of 23 economists “who closely monitor the Singapore economy” was conducted after the outbreak of hostilities in Ukraine on Feb. 24, MAS said.

(Reporting by Chen Lin in Singapore; Editing by Ed Davies)