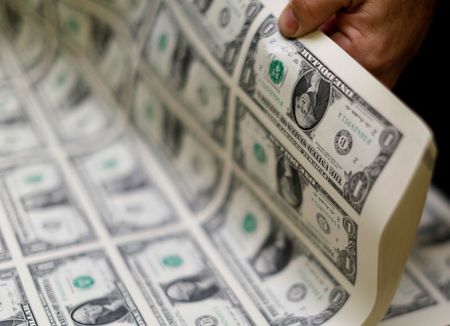 “Even a short-lived default could threaten economic growth. It creates the risk of roiling markets, and of sapping economic confidence, and it would prevent Americans from receiving vital services,” the six former secretaries said in the letter, released by Treasury. “It would be very damaging to undermine trust in the full faith and credit of the United States, and this damage would be hard to repair.”

Mnuchin could not immediately be reached for comment. He presided over the last debt limit suspension, in August 2019, passed by both Democrats and Republicans.

U.S. Treasury Secretary Janet Yellen has warned that without a debt ceiling increase, the U.S. government will likely exhaust Treasury cash balances and extraordinary borrowing capacity under the $28.4 trillion debt limit in October, leaving the government at risk of default on Treasury debt and other obligations.

Republicans have refused to support a debt ceiling hike because of Democrats’ plans to pass a massive social spending bill of up to $3.5 trillion without Republican support.

Senate Republicans are indicating they will sink a bill passed by House Democrats to suspend the debt ceiling and fund the government past the Sept. 30 fiscal year end, with a showdown vote likely next week.

The letter from the former Treasury secretaries left out references to Democrats’ “reconciliation” spending bill, but acknowledges the contentious political divide in Washington and said the Biden administration had a role to play in lifting the debt limit.

“We recognize that in recent years, as our politics have become more polarized and divisive, addressing the debt limit has become more contentious and politically fraught,” they wrote. “This makes it all the more important that Congress and the Administration begin the process to extend the nation’s borrowing authority without delay.”

The letter concentrated on economic consequences of failure to raise the debt limit and said the risk of an “accidental default” was heightened because pandemic rescue spending had made borrowing needs more uncertain.

“There is no viable way to manage payments across the federal government to prevent a default if there are insufficient resources available absent action on the debt limit,” the former Treasury chiefs wrote, adding that postponing action until close to the default deadline “undermines confidence in our political system at home and abroad.”