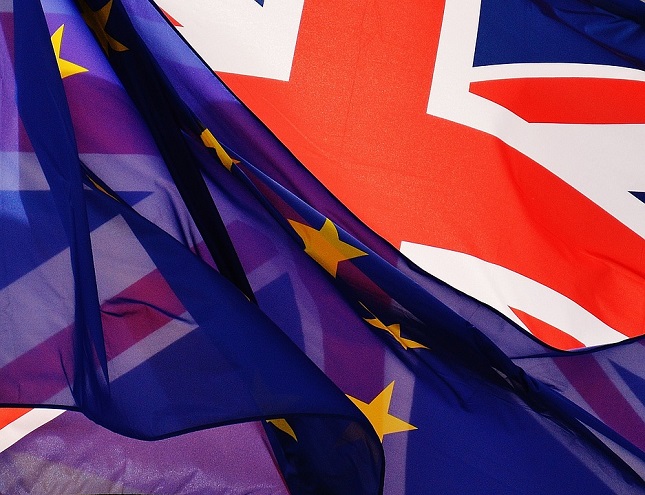 Since the announcement of the UK determination to make a referendum concerning exiting the EU, the British Pound and European stocks starts to have disoriented effect and irrational movements. Trading GBP or any other correlated derivative became like playing 1000 pieces puzzle. You cannot combine every piece of article or comment, or event, unless you see the full picture. The British pound was depreciated, despite the fact of the strong UK data. While the FTSE100, CAC40, ESTX, and other stocks stayed volatile. This case was named the BREXIT crises by the media. This case took more than 2 years now and would still 2 more years. Between this and that, the traders are bleeding their money while trading the GBP or any other correlated pair. In this article I will list the BREXIT events, how it leads to the current prices, how to forecast the prices in the future.

All the time, the British government played it well, and used every possible mean to depreciate the pound. During the bre-BREXIT period a great talks about the side effects caused by the BREXIT, which helped the BOE to depreciate pound to the 2008 levels – during the financial crisis period-. This was accompanied volatile bearish FTSE100, and mixed volatile European stocks, while the US stocks barely affected.

After the referendum result, the British pound tumbled to a fresh unprecedented historical support levels leaving behind a big uncovered gap for more than 6 months until now. On the other hand the FTSE100 soared shyly and the European stocks still volatile as a result of uncertainty and foggy scene caused by the British government. Technically, some indicators pointing towards the BOE fingerprints on that case by direct interference.

The government cannot trigger the article 50 without an act of parliament to do so. That was the judgment of the Supreme Court. First instance judgment was consensus. To make it clear we must sum up the factors affecting the market situation right now, in order to organize the puzzle pieces, piece by piece to see the full picture clear.

The reason I made this scholar for is not my interest in trading the pound, but the vice versa. It is that I tried to trade everything but pound but I did not understand the freak price action for all other markets these days. After my research found technical reasons caused by the pound harming other markets, moreover; there are other fundamental factors affecting the pound (we recounted enough before). Now our focus is how the pound is influencing the markets and how to deal with it.

So we are in front of a fact saying that the FTSE may need to extend then retreat or the opposite in order to cover big gaps, specially that the rising trend is forming rising wedge accompanied by the opposite pattern in the GBP and propping volume. Since we know that it is not easy for a stock to correct itself, we belief that the arbitrator here will be the US stocks. On the US stocks view simply there are some people are buying, others are waiting for the first chance to sell – but not selling yet-. As a result I believe that the European stocks are going to be between the rising GBP and ongoing bullish US stocks.

It reached 78.6 reteracemt and wedging ready to pull back.

The NZD/CAD pair is forming a rising wedge pattern in the weekly chart.

We believe that New Zealand dollar will be the most influential currency on the pound for the upcoming period. Pound was the most impacted currency by the soar NZD to push the pair towards the bottom of the retracement after it crossed the 127.1, which had failed to drop to the 161.8% for more than 3 months and now it is bouncing. Short term traders are predominanting the situation. On the short term the pair will rapidly rally to reach the 1.7400. If the pair continues to cross the 1.7940 –which is strong support and resistance at e same time- it go straight to the 1.9370 to cover the previous gap. We may recognize how much the two currencies are similar in forming the wedges which to big reversal patterns.

Self-taught trader started trading and analyzing FX since the year 2000. Graduated from the law and economics school. Writing sophisticated analytical researches for different forex analysis web sites. The main trait of his writings is the simplicity by gathering all fundamental, technical and political factors in a simple shape, thorough which the normal trader can make a clear decision upon one comprehensive analysis. He joined the Fxempire.com team in 2017. Now he is working on developing a new fundamental indictor [MFI]. The main idea of this indicator is to give a clear indication for a specific currency strength or weakness before other currencies from the fundamental perspective. View all posts by Mohamed Fathalla