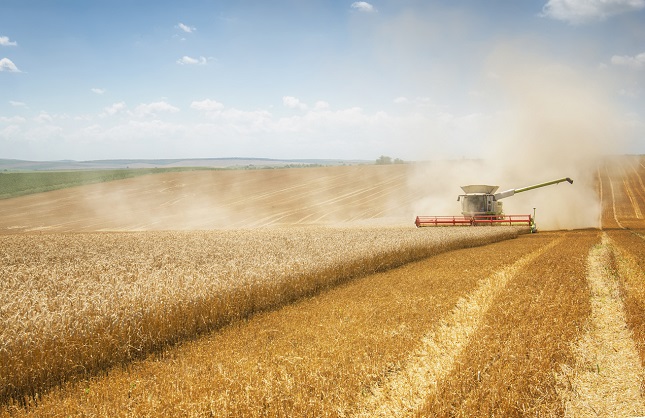 Corn, soybeans, and other softs futures in review as investors are digesting news about the trade war and improving crop conditions in the United States.

Early in the day, soybeans, wheat and corn traded sideways or negative but grains recovered ground in an improved sentiment. However, rising USD/CNY is adding more risks to farmers’ sales to China due to an expensive dollar.

According to the latest USDA Crop Progress Report, corn condition improved to 57% of crops rated good to excellent, better than the 56% reported a week ago. 71% of corn entered the dough stage, significantly lower than 87% on average at this time in the last five years.

Soybeans’ crop is rated 55% good or excellent, an improvement from the 53% published the previous week. 94% of soybean crops are blooming, lower than the 99% five-year average.

Spring wheat was rated 38% complete, well below the five year average of 65% at this time of the year.

Soybeans are trading negative on Tuesday, but it is giving some signs of recovery in the American morning.

As expected yesterday, futures of soybeans bounced back at the 8.61 area to take almost 1.0% in profits around the 8.70 resistance area. After that, the unit resumed its downtrend until it found support at 8.58 per bushel on Tuesday.

Currently, the unit is trading 0.55% negative in the day at 8.62. Technical conditions in the one-hour chart suggest more recoveries with the 8.67 as the first resistance, then, 8.70 and 8.72 are the levels to watch.

The 8.58 was an excellent level to enter a long position as RSI was giving a bullish signal. However, right now we may want to wait for more developments. That being said, the unit needs to maintain the 8.60 area before extending its recovery.

Pay attention to the RSI plus a possible MACD bullish cross in the next hours.

To the downside, a break below the 8.60 level would open the doors for a retest of the intra-day low at 8.58, then, 8.55 would be the profit-taking level.

Corn trades sideways, but it accelerates in the last hour

Corn was trading sideways on Tuesday; however, significant bullish interest was arisen in the American morning with the unit jumping to 3.69, where the unit got a rejection.

The unit is now trading 0.14% on the day at 3.67 per bushel. Technical conditions are mixed in the 1-hour chart with oscillators pointing to the upside but moving average moving down.