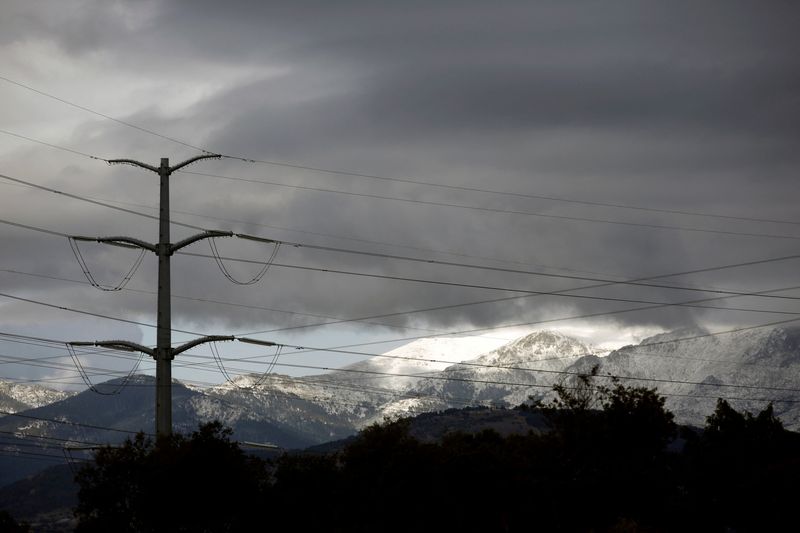 MADRID (Reuters) -The Spanish government is unlikely for now to propose an EU-wide cap of 180 euros ($198.61) per megawatt hour on the wholesale electricity price, a source with the Energy Ministry said on Monday.

Spain and Portugal agreed last week to propose the limit to tackle the surge in energy prices exacerbated by Russia’s invasion of Ukraine. Portuguese Prime Minister Antonio Costa said the two countries would push ahead with the plan even without backing from the European Union as a whole.

But a Spanish Energy Ministry source said on Monday the proposal was not the most likely outcome as Spain would prefer measures that have broader support among EU members.

“Right now it is not the main option on the table,” the source said on condition of anonymity because the source was not authorised to speak to the press. “The main one is to decouple the price of gas from the price of electricity.”

A spokesperson for Portugal’s Ministry of the Environment and Energy Transition declined to comment.

Spanish Prime Minister Pedro Sanchez has said the EU must take concrete measures to curb energy prices no later than a March 24-25 summit and has pledged to approve a national rescue plan on March 29.

Madrid approved an initial package of measures in September to tame prices but, in contrast to neighbouring France and Portugal, it has not taken additional measures since the start of the Russian invasion on Feb. 24.