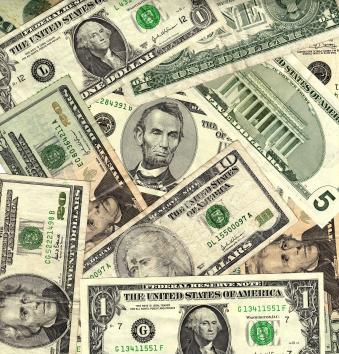 The Euro, British Pound and crude oil traded higher on Monday as sentiment is slowly shifting in favor of the Fed leaving its current monetary policy unchanged. Some traders are beginning to price in the possibility the central bank will not change its aggressive bond-buying program. Others are pricing in the possibility the Federal Open Committee will likely taper the monthly purchases amount, starting with a small $20 billion reduction to a $65 billion purchases rate, and assess the market reaction.

The Fed is also expected to continue to monitor the labor situation. If it continues to remain sluggish then the central bank will have the opportunity to turn up its bond purchases once again.

With the market beginning to believe the Fed is going to stand pat this time around, interest rates are falling. This is making the U.S. Dollar a less-than-attractive investment. Foreign currencies are rallying versus the dollar as demand falls for the Greenback.

Besides concern about the U.S. escalating role in Syria, the weaker dollar is also contributing to the rise in crude oil prices. A weaker Greenback makes U.S. dollar-based crude oil more attractive to foreign investors.

Technically, the market is accelerating to the upside after taking out a pair of tops late last week at $97.35 and $97.38. This morning the new trigger point was the late March top at $98.22.

Despite the weaker U.S. Dollar, the developing August gold rally failed to gain traction. It doesn’t mean the potential for a rally is over. In fact, the longer the market stays in a range without breaking to a new low, the greater the possibility sentiment is shifting back to the upside.

Currently, August gold is trading inside a major triangle chart pattern on the daily chart. This chart indicates that a sustained move through $1403.00 will likely trigger a volatile breakout to the upside.

Keep in mind that the longer these markets remain range bound, the greater the strength of the breakout, once investors decide which way they want to move it