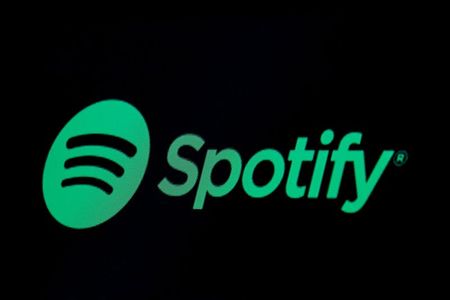 A podcaster could mark episodes as subscriber-only and publish them on Spotify and other podcast listening platforms, the company said in a statement.

Spotify, the world’s most popular paid music streaming service, said it won’t take a commission from podcast creators’ subscriber revenue for the next two years, and planned to charge a 5% fee starting in 2023.

Online stores such as Apple’s app store usually charge developers a fee for purchases made on their platforms.

Spotify filed https://www.reuters.com/article/us-apple-spotify-tech-idUSKCN1TP2D0 a complaint two years ago with European Union regulators saying that the fees Apple charges for taking payments through the store had made it unfairly difficult for rivals to compete for music subscribers.

Apple competes with Spotify for music streaming and earlier this month unveiled https://www.reuters.com/technology/apple-goes-battle-with-spotify-premium-podcast-push-2021-04-20/#:~:text=Spotify’s%20acquisitions%20include%20about%20%24340,offers%20advertising%20technology%20for%20podcasts a subscription platform that will cost $19.99 per month and will provide creators the tools they need to offer podcast subscriptions.

Spotify has selected 12 independent podcasters to publish subscriber-only bonus content in their existing podcast feeds, and the company will also expand the programme to more creators over the coming months.

National Public Radio (NPR) will publish five ad-free shows for paid subscribers from May 4, including “How I Built This with Guy Raz” and “Planet Money”.

Spotify has been boosting its podcast muscle by spending more than half a billion dollars in buying podcast networks Gimlet and Anchor, and podcast ad company Megaphone.

The Swedish company is also testing a system where content publishers on other platforms with existing subscriber bases can deliver paid content using Spotify.