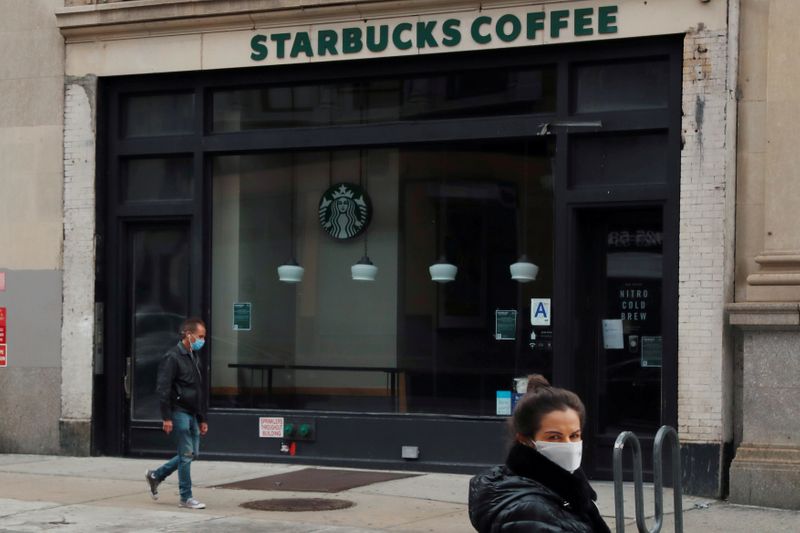 NEW YORK (Reuters) – Employees at a Starbucks Corp cafe in Mesa, Arizona, have said they want to join a union, marking an expansion of efforts by organized labor to target more of the coffee chain’s locations.

Six of the company’s stores in Buffalo, New York have already said that they aim to join Starbucks Workers United, an affiliate of the Service Employees International Union.

Eligible employees at three of those locations are currently voting by mail on whether to join, with ballots due Dec. 8.

The union on Thursday tweeted a letter that it said was sent to Starbucks Chief Executive Kevin Johnson regarding the Arizona location.

In the letter, six employees of the store who are leading the organizing said they were forming a union “because we believe that this is the best way to contribute meaningfully to our partnership with the company” and ensure they have equal power.

Starbucks, which calls its employees partners, said in a statement, “We support our partners’ right to have their voices heard and we are committed to listening.”

It said that its success “has been built on the belief that by working directly together as partners, we can build a different kind of company.”

Bloomberg, which first reported the organizing in Arizona, said Workers United planned to petition the National Labor Relations Board on Thursday for an election there.

In Buffalo, Starbucks has pushed back against the union by challenging aspects of the election with the NLRB. It has also brought in more managers – and even ex-CEO Howard Schultz – to talk directly to employees, holding meetings and extolling the virtues of the company’s wage hikes and benefits.