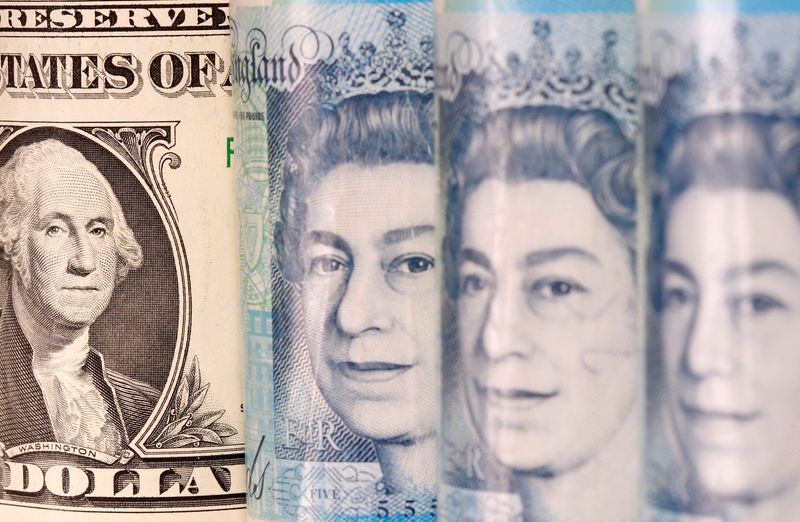 (Reuters) -Sterling hit a fresh 23-month high and rose versus a weakening dollar on Thursday, still supported by expectations of rate rises, but with analysts questioning if the Bank of England (BoE) will be able to provide a hawkish surprise at its February meeting.

Money markets currently price in more than 100 basis points (bps) in interest rate rises in 2022 and an 87% chance of a 25 bps increase in February, after data showed on Wednesday that UK inflation rose faster than expected to its highest in nearly 30 years in December.

Domestic politics did not hurt sentiment, although Prime Minister Boris Johnson was fighting to save his premiership amid a deepening revolt inside his party over a series of lockdown parties in Downing Street.

“If anything, there is a risk of the BoE disappointing the market by acting less decisively” at its February meeting, Commerzbank analysts said, adding “a lot has already been priced in” in terms of future rate rises.

“The market’s rate speculations might be able to provide a little more support. However, the risk of profit-taking is likely to rise,” they added.

“Unsurprisingly, political risk has not damaged GBP, where the focus remains squarely on whether the BoE hikes 25bp on February 3,” ING analysts said, adding they “continue to favour EUR/GBP drifting to the 0.8270/80 area.”

Berenberg economists see a change in prime minister as positive for UK markets as the Conservative party would likely choose his replacement based on who would have the best chance of beating Labour leader Keir Starmer in an election.

They argued a new premier would pursue “similar policies to Johnson in a much calmer and more deliberate fashion”.

A senior Conservative lawmaker accused the British government on Thursday of intimidating and attempting to “blackmail” those lawmakers they suspect of wanting to force Johnson out of power.