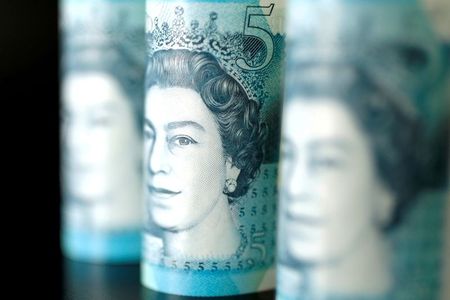 The pound has made a tentative recovery since the latter part of last week, hitting $1.3576 in early deals in London on Monday, its highest since Sept. 28. That still leaves the currency down 0.8% on the year against the dollar.

Sterling was one of the best-performing G10 currencies against the dollar in the first half of 2021, boosted by a global reflation trade and optimism over Britain’s vaccination programme. But a post-Brexit hangover has left Britain facing a range of problems from a shortage of workers in supply chains and disputes with the EU over Northern Ireland.

Shortages of workers after Brexit and the COVID-19 pandemic have sown disarray in some sectors of the economy, disrupting deliveries of fuel and medicines and leaving more than 100,000 pigs facing a cull due to a lack of abattoir workers.

Britain’s Brexit minister has drawn up proposals to permanently replace the Northern Ireland Protocol, a part of the Brexit divorce deal, and the government will make a decision by the end of next month, British newspapers reported.

Ministers are also due to make a decision by the end of next month on whether to suspend the Northern Ireland Brexit deal unilaterally, The Times reported.

“GBP has been volatile – caught behind a surprisingly hawkish Bank of England and lingering Brexit travails – particularly over the sea border with Northern Ireland,” said ING analysts Francesco Pesole and Chris Turner in a morning note.

“Both topics hit the agenda today. BoE’s Dave Ramsden speaks at 14CET. He was one of the two MPC members voting for the BoE to end QE early. Later in the day we should be hearing from Lord Frost at the Conservative Party Conference. Here he may shed light on whether the UK government wants to fire up the Article 16 protocol – potentially opening up a can of worms again.”

Against the euro, sterling was largely unchanged at 85.61 pence per euro.