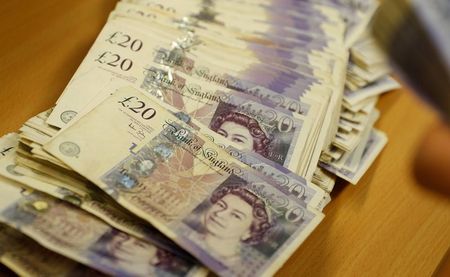 The dollar index was at a three-month low after Dallas Federal Reserve President Robert Kaplan reiterated his view that he did not expect interest rates to rise until next year.

Britain’s unemployment rate unexpectedly fell again to 4.8% between January and March, a period which the country spent under a tight COVID lockdown, and hiring rose further in April.

The data reinforced market expectations that Britain would see a strong economic recovery from the pandemic, helped by its fast pace of vaccine rollout and plans to ease lockdown measures.

“Broad-based US dollar weakness has seen cable trade above the 1.4000-level for the longest period since April 2018,” wrote MUFG currency analyst Lee Hardman in a note to clients.

“Our bullish outlook for the pound is based on the assumption that the UK economy will bounce back strongly, so we will need to monitor the latest COVID developments closely as they potentially pose downside risks.”

Stuart Cole, head macro economist at Equiti, said: “Key to the continued labour market recovery will be virus mutations, with concerns already being expressed that the latest variant may yet lead to some slowdown in the pace of easing.”

Britain said on Monday it could not yet make a judgment on whether to go ahead with a further easing of lockdown restrictions in England on June 21 and wanted to see as much data as possible before deciding.

Elsewhere, Britain’s minister in charge of relations with the European Union, said on Monday that he wanted the bloc to meet its obligations under the Brexit deal to try to minimise barriers in trade between Britain and Northern Ireland, but that he has not yet had the conversation.

Allocation to UK equities in May was the highest since March 2014, Bank of America’s survey of 215 fund managers with $625 billion in assets under management showed.