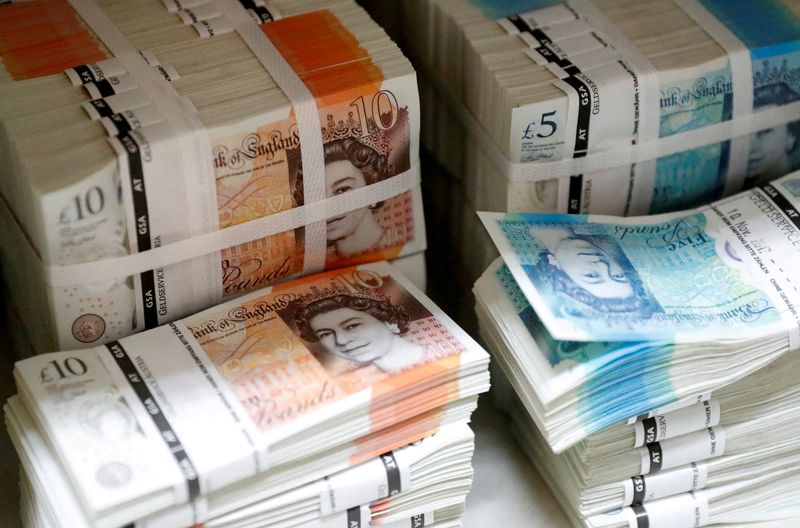 (Reuters) -The British pound tumbled on Thursday to a 21-month low against a buoyant U.S. dollar that also hit multi-year peaks against both the Japanese yen and euro.

“In the face of a powerful dollar bull trend, GBP/USD has crumbled,” ING analysts said in a note.

Expectations of aggressive Fed tightening this year have sent the yield on U.S. 10-year notes over 50 basis points higher this month, in turn pushing the dollar index to its highest level since 2002.

The Bank of England’s Monetary Policy Committee looks set to lift its policy interest rate for the fourth consecutive meeting next week, although expectations for further tightening continue to be scaled back.

“If the BoE once again focuses on the coming growth slowdown and the softer medium-term inflation outlook at market-implied rates, this would reaffirm our view that it will not hesitate to pause its hiking cycle as growth data deteriorate further,” Morgan Stanley analysts wrote.

Money markets are currently pricing in around 150 basis points of further tightening by the end of the year, the equivalent of six 25 basis point rises.

Morgan Stanley expects just two more 25 basis point rises in 2022 – in May and June – before the central bank takes a pause in response to slowing growth.

Analysts predict that a repricing of market expectations for the Bank of England base rate could weaken the pound further.

“If and when that penny drops, GBP could take another large leg lower and GBP/USD may end up far closer to the 1.20 level than we had originally forecast,” ING analysts wrote in a note. They too see two more 25 basis point hikes before a pause in the summer.

The pound has declined almost 5.5% this month, on track for its worst monthly performance since October 2016.

Meanwhile, Britain and the European Union are at an impasse over changes to parts of the Brexit deal governing trade with Northern Ireland, Britain’s Europe minister James Cleverly told a parliamentary committee on Thursday.