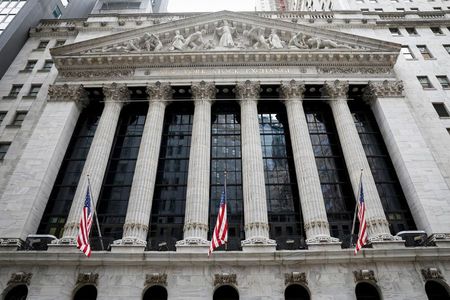 Economic data from the Labor Department said its consumer price index rose 0.4% in February, in-line with expectations, after a 0.3% increase in January. Core CPI, which excludes the volatile food and energy components, edged up 0.1%, just shy of the 0.2% estimate, after being unchanged the prior two months.

“We will see what happens in terms of when inflation begins to pick up over the next couple of years, but the market seemed to like it OK today,” said Ellen Hazen, portfolio manager at F.L.Putnam Investment Management in Wellesley, Massachusetts.

While analysts largely expect a pickup in inflation as vaccine rollouts have led to a reopening of the economy, worries persist that additional stimulus in the form of a $1.9 trillion coronavirus relief package set to be signed by U.S. President Joe Biden could lead to an overheating of the economy and uncontrolled inflation.

“There are a lot of reasons why inflation could pick up over the next two to three years and the market is correct to be concerned about that, it might have gotten a little bit overly focused on it in the last couple of weeks,” said Hazen.

“But in general, the market is correct to be on alert for signs of rising inflation, particularly because of the stimulus and the size of the Fed balance sheet.”

The House of Representatives moved toward final approval of Biden’s $1.9 trillion COVID-19 relief bill on Wednesday, which forecasters predict will turbocharge the U.S. economy.

The data was enough to puncture recent concerns about rapidly rising inflation and provide support for stocks on Wall Street, which built on Tuesday’s strong rally.

The yield on the benchmark 10-year note retreated in the wake of the data, before edging higher on the session and taking some of the early steam out of equity gains.

Investors will now eye auctions of 10-year and 30-year debt on Wednesday and Thursday, with investors seeking to cover massive shorts on both maturities. A weak 7-year auction in late February helped fuel inflation concerns and sent yields higher.

The dollar also moved lower for a second day following the data before reversing course.