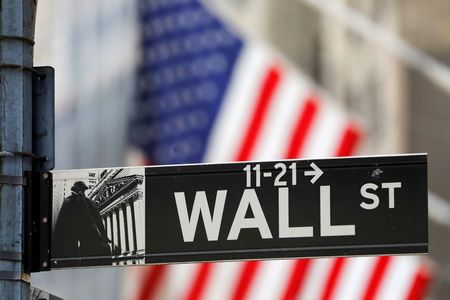 “It’s probably a little bit more hawkish than many would have anticipated basically acknowledging that should the economy continue to grow as we have seen it would warrant a tapering to occur,” said Sam Stovall, chief investment strategist at CFRA Research in New York.

Stocks had been stronger earlier in the session, as investors already were scooping up equities as market jitters around property developer China Evergrande eased.

Evergrande agreed to settle interest payments on a domestic bond, while the Chinese central bank injected cash into the banking system, soothing fears of imminent contagion from the debt-laden property developer that had pressured equities and other riskier assets at the start of the week.

MSCI’s gauge of stocks across the globe gained 0.65%, bouncing back for a second day after it logged its biggest one-day percentage drop in two months on Monday.

(Reporting by Tom Wilson in London; additional reporting by Sinead Carew and Stephen Culp in New York, Tom Westbrook in Singapore and Anushka Trivedi in Bengaluru; editing by Sam Holmes and Alistair Bell)