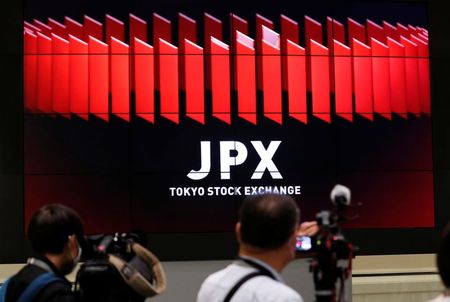 European shares extended a rally that began on Wall Street on Monday and continued into Asia, with the pan-region STOXX 600 index up 0.5%. On Monday, the index touched its highest level in more than a year before ending flat.

E-mini futures for the S&P 500 hit a record high before trading flat on the day.

MSCI’s All Country World Index, which tracks stocks across 49 countries, rose 0.2% to its highest levels since Feb 25.

“The stock markets have kept their spirits up ahead of tomorrow’s important Fed announcement,” said Karl Steiner, chief quantitative strategist at SEB.

On Monday, the S&P 500 and Dow Jones Industrial Average both soared on gains in travel stocks as mass vaccinations in the United States and congressional approval of a $1.9 trillion aid bill fueled investor optimism.

Longer-term U.S. Treasury yields slipped further on Tuesday, as the market looked ahead to government debt auctions and the Fed’s two-day policy meeting, which will conclude on Wednesday.

The earlier surge in yields stemmed from investors speculating that rising inflation expectations could prompt the Federal Open Market Committee to signal it will start raising rates sooner than expected.

“We think the FOMC will have a hard time expressing concern about asset markets with the S&P at an all-time high on 12 March, despite 10Y U.S. Treasury yields at post-February 2020 highs,” said analysts Steve Englander and John Davies at Standard Chartered.

“Focus has been on the FOMC ‘dot plot’ in recent days, but if the FOMC and Fed Chair (Jerome) Powell do not push back against current yield levels, investors are likely to take yields higher as better data arrives.” 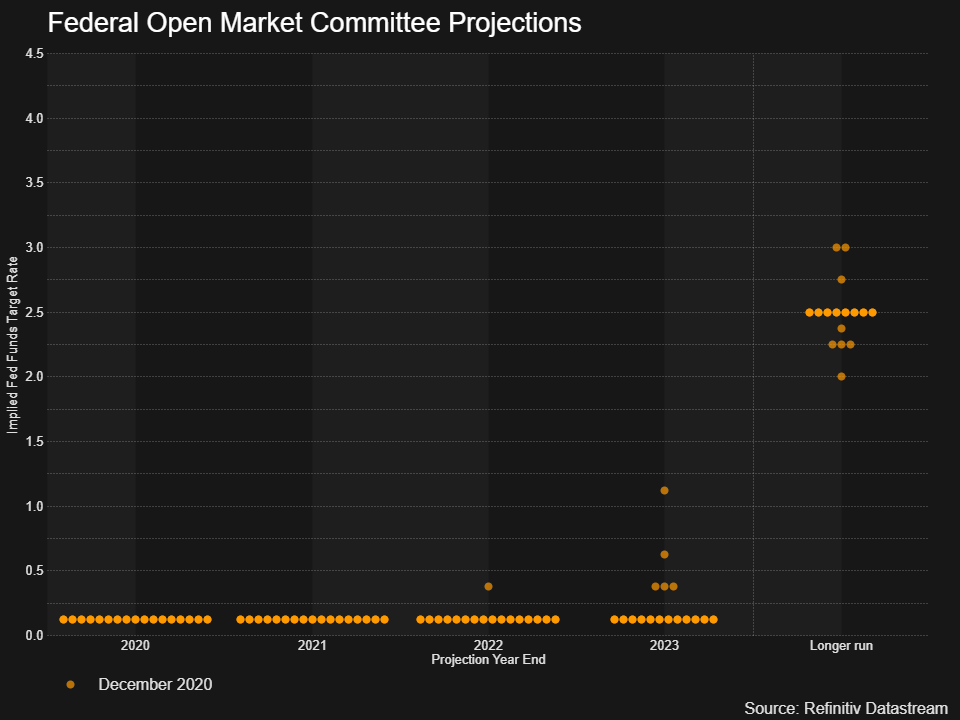 Fed policymakers are expected to forecast that the U.S. economy will grow in 2021 by the fastest rate in decades, as it recovers from a coronavirus-stricken 2020.

The Bank of England also meets this week on Thursday and the Bank of Japan wraps up a two-day meeting on Friday.

The outlook for post-pandemic recoveries continued to diverge between the U.S. and Europe.

President Joe Biden’s order to make vaccination available to all adults by May 1 contrasted with stuttering rollouts in Germany, France and elsewhere, where use of the AstraZeneca vaccine has been suspended amid concern over possible side effects.

However, Kyle Rodda, an analyst at IG Markets, said the prospect of a slower economic recovery in Europe didn’t appear to be a major handicap for investors.

“It doesn’t seem to be the view that this is a real risk,” he said. “Investors are wary, but not worried.”

In currencies, the U.S. dollar held small gains from overnight, with caution evident ahead of the central bank meetings.