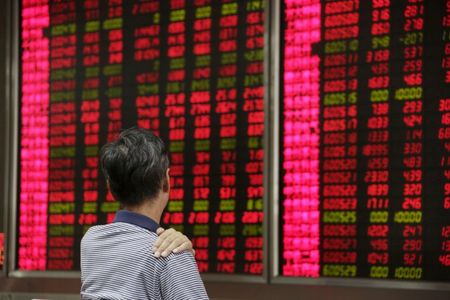 Powell said in congressional testimony that high inflation was for goods and services tied to the reopening and the U.S. economy was “still a ways off” from levels the Fed wanted to see before tapering its stimulus support.

U.S. producer prices surged in June to the largest annual gain in more than 10-1/2 years, the Labor Department said. A day earlier, it said consumer prices rose by the most in 13 years.

“Both the CPI yesterday and the PPI today came in considerably above expectations and signaled that inflation continues to run hot,” Arone said. “Even in the face of that Powell has stood steadfast.”

The yield on the 10-year Treasury note slid 6.6 basis points to 1.3492%, the dollar eased and stocks on Wall Street rose, though gains were pared at the close of trading.

The Bank of Canada held its key overnight interest rate at a record low 0.25% as expected and said it would cut its weekly net purchases of government bonds to a target of C$2 billion ($1.6 billion) from C$3 billion.

The New Zealand dollar shot up 0.92% as markets bet an interest rate hike is imminent after the central bank on Wednesday unexpectedly announced it would end its bond purchase program from next week.

The dollar index, which tracks the greenback versus a basket of six currencies, fell 0.4% to 92.364.

President Joe Biden’s administration is still pushing for U.S. fiscal stimulus. Late on Tuesday, Democrats on the Senate Budget Committee reached an agreement on a $3.5 trillion infrastructure investment plan they aim to include in a budget resolution to be debated this summer.

Oil prices dropped after Reuters reported Saudi Arabia and the United Arab Emirates had reached a compromise that should unlock a deal to boost global oil supplies as the world recovers from the coronavirus pandemic.