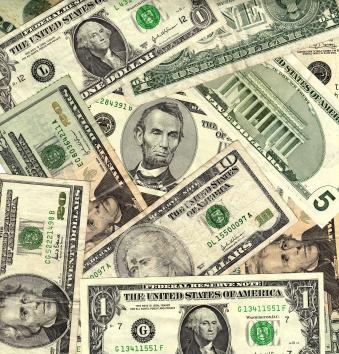 The U.S. Dollar rose on Monday driving down gold, the Euro and the British Pound. A better-than-expected U.S. Pending Home Sales report was the primary market driver. According to this report, pending home sales posted a 3.1 percent gain in February.

U.S. Personal Income in February was in-line with the estimates, posting a gain of 0.4 percent, above consensus estimates of 0.3 percent. Consumer spending rose 0.1 percent.

Later this week, investors will get an opportunity to react to the ADP private payrolls report, but they will not get a chance to react to Friday’s U.S. Non-Farm Payrolls report because the markets are closed for Good Friday.

The dollar started today’s session firmer on the heels of comments from Fed Chair Janet Yellen late Friday. Yellen reiterated the Fed’s March 18 monetary policy statement, saying that a rate hike would come gradually but not after consistent improvements in the labor market, namely hourly wages. The Fed would also like to see consumer inflation reach the central bank’s mandate of 2%.

Also pressuring the EUR/USD were concerns over Greece. The main catalyst behind the selling pressure was uncertainty over whether Greece and its international creditors will be able to strike a deal that will help the nation secure funding before it runs out of money by April 20.

In economic news, Spanish Flash CPI came out slightly better-than expected. Traders were looking for a reading of -1.0%. The actual reading was -0.7%. Finally, according to the latest data from the Commodity Futures Trading Commission, Euro short positions have reached a record high.

The stronger dollar helped pressure the British Pound as well as June Comex Gold. The selling pressure in gold has wiped out the entire flight-to-safety rally triggered by last week’s military action by Saudi Arabia against Iran-backed rebels in Yemen. Gold also weakened on comments from the People’s Bank of China which called for fresh stimulus.

May Crude Oil also erased all of its gains from the start of the skirmish between the Saudi’s and the rebels in Yemen. With the Saudi’s clearly in control of the situation according to reports, it doesn’t look like the crude oil supply will be threatened. If this situation no longer is an issue then traders will once again be guided by the supply and demand numbers which suggest a global oil glut. This should lead to renewed selling pressure.