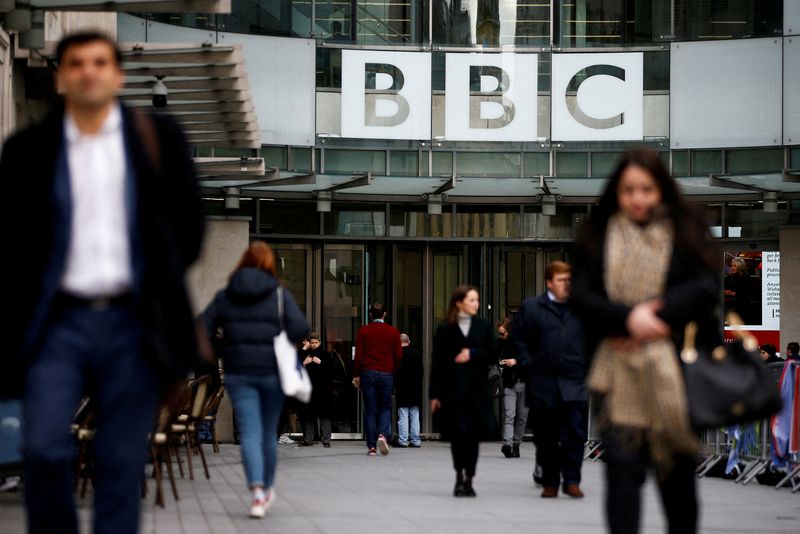 KABUL (Reuters) – The Taliban have banned BBC television news in three main languages of Afghanistan from being broadcast, the British news organisation said.

A spokesman for the Taliban administration’s Ministry of Culture and Information did not respond to a request for comment.

“The BBC’s TV news bulletins in Pashto, Persian and Uzbek have been taken off air in Afghanistan after the Taliban ordered our TV partners to remove international broadcasters from the airwaves,” Tarik Kafala, head of languages at BBC World Service, said in a statement on Sunday.

“This is a worrying development at a time of uncertainty and turbulence for the people of Afghanistan,” Kafala said, calling on the ban to be lifted.

More than six million Afghans consume the BBC’s news every week and it was crucial that they not be denied access to it, he added.

Since the Taliban took over in August, many rights groups and journalists have raised concern about prospects for freedom of speech in Afghanistan. The United Nations has criticised the arrest of several journalists.

The Taliban say they will not seek reprisals against those they disagree with and they will allow everyone their rights in accordance with Islamic law and Afghan culture. They have said any specific incidents of abuse will be investigated.

The U.N. mission in Afghanistan condemned the removal of the BBC bulletins.

“Another chilling development … another repressive step against the people of Afghanistan,” the U.N. Assistance Mission in Afghanistan said on Twitter.