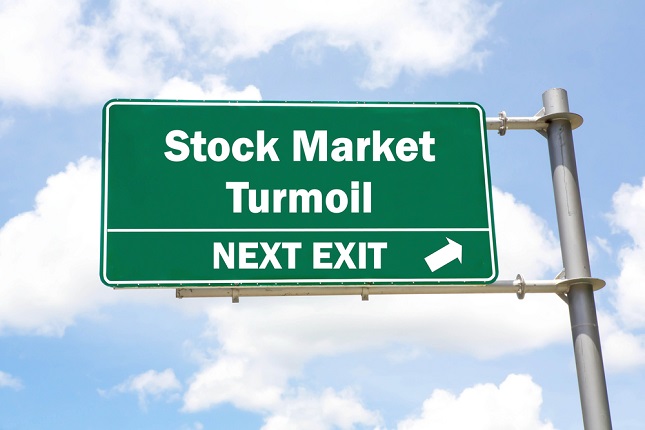 The major U.S. equity markets are trading lower early Thursday following a strong performance on Wall Street the previous session. The selling pressure is being led by weakness in the technology sector.

After the bell, disappointing quarterly earnings results from Facebook led to a major decline in after-hour trade. Given the early move, the company is on track to lose more than $125 billion in market value. This represents about a fifth of its value.

Other big technology stocks are also getting hit by a wave of selling pressure. Apple lost about 1 percent. Amazon, which reports after the bell Thursday, lost 2.3 percent. Netflix, which disappointed investors last week, was down about 3 percent in after-hours. Finally, Google parent Alphabet fell 2.4 percent.

Triggering the steep drop in Facebook was weaker-than-expected daily active users for last quarter and guidance that said revenue growth would decline sequentially in the second half of this year. Chief Financial Officer David Wehner said shareholders can expect “revenue growth rates to decline by high-single-digit percentages from prior quarters” for the third and fourth quarter.

The Facebook news came as a huge supplies to investors, many of whom stayed long into the report after the NASDAQ Composite Index hit a record during trading Wednesday as investors crowded back into the FANG names once again.

The key meeting between U.S. President Donald Trump and European Commission President Jean-Claude Juncker went well on Wednesday with the announcement that they had launched a “new phase” in their relationship.

President Trump said that the two major economies would start negotiations immediately on a number of areas that include working toward “zero tariffs” on industrial goods, and further cooperation on energy issues.

“We agreed today, first of all, to work together towards zero tariffs, zero non-tariff barriers and zero subsidies for the non-auto industrial goods,” Trump said.

Juncker went on to say that the two leaders also agreed that as long as negotiations were ongoing, “we’ll hold off further tariffs and reassess existing tariffs on steel and aluminum” put in place by the Trump administration. “This was a good, constructive meeting,” he added.

Two key stories stood out on Wednesday. Firstly, according to CoreLogic, southern California home sales hit the brakes in June, falling to the lowest reading for the month in four years. Sales of both new and existing houses and condominiums dropped 11.8 percent year over year, as prices shot up to a record high.

Sales fell 1.1 percent compared with May, but the average change from May to June, going back to 1988, is a 6 percent gain. The report also said that the weakness was especially apparent in sales of newly built homes, which were 47 percent below the June average. Part of that is that builders are putting up fewer homes, so there is simply less to sell.

Secondly, sales of new U.S. single-family homes fell to an eight-month low in June and data for the prior month was revised sharply down, the latest indications that the housing market was slowing down.

According to the U.S. Commerce Department, new home sales dropped 5.3 percent to a seasonally adjusted annual rate of 631,000 units last month, the lowest level since October 2017. May’s sales pace was revised down to 666,000 units from the previously reported 689,000 units.

Traders and economists were looking for new home sales to fall about 2.8 percent to a pace of 670,000 units in June.