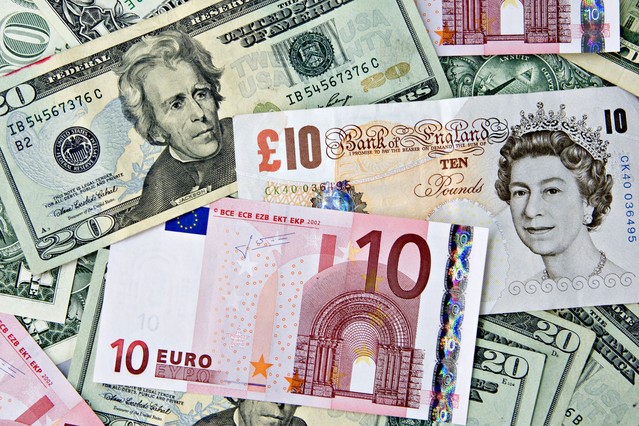 Economic data released through the Asian session this morning was on the lighter side, with key stats limited to July core machinery orders out of Japan and August employment figures out of Australia.

According to figures released by the Cabinet Office:

The Japanese Yen moved from ¥111.228 to ¥111.229 against the U.S Dollar upon release of the figures, before easing to ¥111.37 at the time of writing, down 0.10% for the session. While the numbers were a huge positive for the outlook towards the Japanese economy in the 3rd quarter, concerns over planned talks between the U.S and Japan on trade and the effects of the ongoing trade war between the U.S and China on global demand for goods and services will remain a concern for the Japanese government.

For the Aussie Dollar, An additional 44k jobs were added in August, which was better than a forecasted 15k rise, following July’s revised 4.3k decline, according to figures released by the ABS.

Elsewhere, the Kiwi Dollar was down 0.14% to $0.6555 at the time of writing, giving up some of Wednesday’s gains, though the good news for now is that $0.64 levels may be avoided should China agree to resume talks with the U.S.

In the equity markets, a mixed start to the day saw the Nikkei find support off the back of the jump in machinery orders in July, up 1.03%, while the ASX200 saw red again, down 0.52% at the time of writing, the big-4 banks on the reverse following gains through the earlier part of the week.

For the CSI300 and Hang Seng it was a vastly different story early in the session, with gains of 0.87% and 1.65% respectively, the upside coming on hopes that the U.S and China will return to the negotiating table in a bid to avert a full blown trade war.

For the EUR, economic data scheduled for release out of the Eurozone today is limited to finalized August inflation figures out of Germany and France, the stats unlikely to be having too much influence on the EUR, with the markets focusing on this afternoon’s ECB monetary policy decision and press conference.

The annual rate of core inflation sat at $1% in August, according to prelim figures released late last month, sitting well below the ECB’s 2% target. With economic headwinds circling as the U.S continues on its trade warpath, Draghi will be quick to remind the markets that any move towards policy normalization is reversible, with the ECB able to shift on policy should the need arise. A spike in the EUR is something he would likely want to avoid.

At the time of writing, the EUR was up 0.06% to $1.1633, support coming ahead of the ECB policy decision and press conference.

For the Pound, it’s a quiet day on the data front, with no material stats scheduled for release out of the UK, though it’s not going to be a quiet day for the Pound, with the BoE to make its monetary policy decision this afternoon.

Few surprises are expected, though any dissent in the wake of last month’s rate hike could give the Pound a boost. It will ultimately come down to Brexit chatter however, with the deal or no-deal outcome of great significance to market sentiment towards the BoE’s monetary policy outlook.

Across the Pond, key stats scheduled for release through the day include August inflation and the weekly jobless claims figures.

Following softer August wholesale price inflation figures released on Wednesday, any softer numbers this afternoon would certainly influence market sentiment towards a December rate hike, a September move largely priced in, while the initial jobless claims figures are unlikely to provide many surprises to influence the Dollar.

Outside of the data, the U.S and China trade war remains a key driver for the Dollar, with news hitting the wires of the U.S administration reaching out to China to resume trade talks contributing to the Dollar’s demise on Wednesday.

For the Loonie, stats scheduled for release are limited to July new house price figures that are unlikely to have any impact on the Loonie, the markets likely to focus on a resumption of NAFTA talks today.