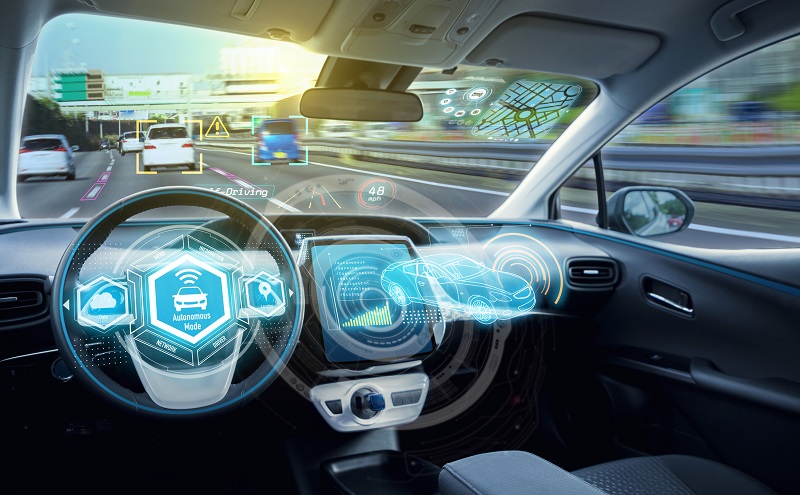 The “smart” revolution is all around us, as a growing number of common items are becoming highly technological. It happened with the telephone, it happened with TV, it happened in numerous fields of industry – and now it’s happening in the automotive industry. Self-driving cars are very much a reality, and we will be seeing them in rising numbers on the road within the next few years. This evolution of the personal car, which over the years incorporated more and more technology into it, has resulted in a vehicle that no longer needs a human driver – and the financial potential is incredible.

The driverless car will be one of the most tech-heavy products available to consumers, and as such, will combine numerous components from both automakers and high-tech companies. To learn more about the different aspects of the autonomous car industry, projected to become a $7 trillion market(1) eventually, read this blog post.

Being such an innovative field on the one hand, yet being developed by some of the world’s largest, and most recognizable, companies on the other, the driverless car industry presents an interesting thematic investment opportunity. However, since it involves companies from different industries, operating in various markets around the world, building a thematic investment portfolio to track the industry can be challenging. That is why, here at eToro, we are launching the Driverless investment strategy, through which the members of the eToro community can invest in this sector.

This managed portfolio strategy contains an array of global companies, ranging from automakers, through hardware manufacturers, to software companies developing computer vision, navigation systems and other solutions relevant to the sector. The companies span several industries and have an overall impressive global presence – and are all part of the trend that will make driverless cars a common part of our daily lives in the coming years:

Investing in the self-driving car industry

It is obvious that there are numerous players and various companies operating in the driverless car space. In coming years, it is likely that more companies, both existing and new, will join the industry, while the autonomous car becomes a mass-produced, global phenomenon. As the industry takes form, eToro enables you to become part of the first wave of investors to take part in this exciting new automotive/technology sector. Using the Driverless CopyPortfolio, you can access a fully allocated, managed investment portfolio and gain exposure to the autonomous car industry.