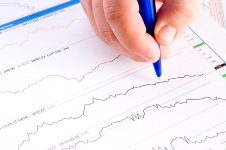 More earnings are hitting the market and the news is as mixed and confusing as the U.S. economy these days. But they are showing a trend that smart investors can take advantage of.

The company reported revenues from home sales grew 58% in the second quarter of 2013 to $1.26 billion, way up from $796.4 million comparatively. The company experienced a 39% increase in the number of home deliveries and a 13% increase in the average sale price of homes delivered.

Management said that fundamentals in the homebuilding industry are being driven by affordability, favorable monthly payment comparisons to renting, and supply shortages.

So if Lennar is any indication, there is definitely continued recovery in new homebuilding.

Similar to first-quarter earnings season, the numbers so far are coming in light, but there continues to be improvement in the overall health of larger corporations.

There has being a repositioning of global expectations when it comes to interest rates and monetary policy, but I still feel that what is most important is what a company says about its business. Central banks are the arbiters, but companies are the players.

What is clear in the numbers so far this year is that balance sheets are improving and dividends are going up. According to FactSet, aggregate dividends per share for the S&P 500 grew 15.1% year-over-year. Within this index, 409 companies paid a dividend over the last 12 months—a 14-year high, according to the data.

If a company isn’t growing but cash balances are rising, dividends and share buybacks go up. Corporations don’t want to invest in new plants, equipment, or employees, and equity shareholders are the beneficiaries.

Last quarter, NIKE impressed with its earnings results. We’ll see if the company can do it again.