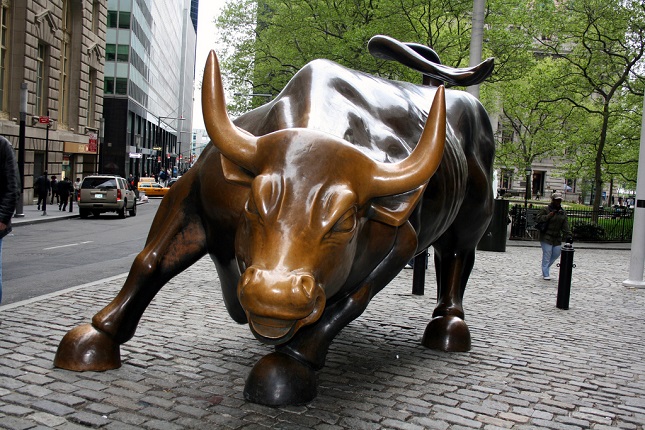 The U.S. Futures Are Up On Labor And Earnings

The U.S. index futures are pointing to a solid open in early Wednesday trading. The NASDAQ Composite is in the lead with a gain near 0.65%. The tech-heavy index is supported by strong results from Apple. Apple’s quarterly report includes better than expected revenue, EPS, and guidance.

Shares of Apple were up more than 5.0% in early trading and helped to lift the entire tech sector. Shares of AMD, chipmaker, also rose 5.0% after the company reported better than expected first-quarter results. AMD is the second global chipmaker in two days to beat EPS and revenue consensus.

The Dow Jones and S&P 500 were both up about 0.35% in early Wednesday trading. Both the broad market and industrials were aided by the ADP data. The monthly ADP report on private-sector job creation blew past expectations and shows broad strength in the labor market. Job gains were centered in medium-sized businesses and the services sector but significant gains were made in virtually all other categories. This data foreshadows PMI data due out later this morning and the NFP report due on Friday.

Most major EU markets were closed on Wednesday for the annual Mayday holiday. The London exchanges were open with the FTSE 100 posting a small decline. The move comes amidst a flurry of earnings reports from home and abroad that have relieved some fear of earnings growth slowdown.

Shares of supermarket retailer Sainsbury advanced nearly 4.0% in early Wednesday trading. Sainsbury’s preliminary EPS report is better than expected. Strength in Sainsbury was offset however by weakness in homebuilder Persimmon. Persimmon says they are lowering forward guidance due to rising costs and lower than expected bookings.

Most major Asian markets were closed today as well, if for differing reasons. The Australian ASX was the only index in action in that region and it posted a gain of 0.80%. The index was supported by strength in the financial sector. The financial sector rose an average of 2.0% led by the so-called Big Four.

On the trade front, the U.S. and Chinese leaders have indicated the two sides are well on their way to closing a trade deal. According to U.S. representatives close to the talks, the deal could be closed in a matter of weeks.

The FOMC Is In Focus, A Policy Statement Is Due Out Soon

The FOMC will conclude their April/May meeting today, the policy statement is due out at 2:00 PM. The committee is not expected to alter its policy stance at this meeting but they may alter the course of future policy. The market is expecting a 65% chance of rate cut by the end of the year. The problem is that those expectations are not supported by the labor data. Today’s labor data points to steadily rising wage inflation and that, coupled with rising input costs for businesses, is not a recipe for lower interest rates.