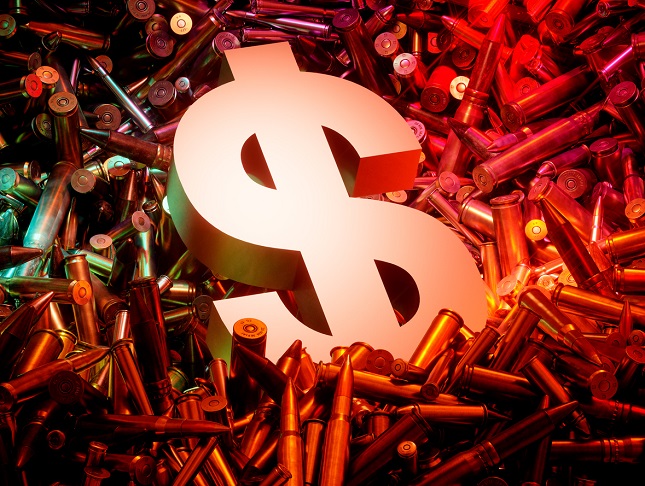 The week kicks off with December housing figures and February consumer confidence number on Tuesday. December factory orders and pending home sales are due out on Wednesday, ahead of 4th quarter GDP numbers and the weekly jobless claims figures. A particularly busy Friday has December’s core PCE price index and personal spending figures due out, ahead of manufacturing PMI numbers and finalized consumer sentiment figures for February.

Outside of the stats, FED Chair Powell’s testimony Tuesday and Wednesday will garner plenty of attention ahead of a scheduled speech on Thursday.

Key stats through the week include consumer confidence figures out of Germany on Tuesday and the Eurozone’s consumer confidence figures on Wednesday. On Thursday, 4th quarter GDP numbers and January consumer spending figures out of France will be in focus. Inflation figures out of Spain, Italy, and Germany are also scheduled for release on the day. Focus on Friday will shift to finalized manufacturing PMI numbers, the Eurozone’s unemployment rate and inflation figures. Of greater influence will likely be February employment numbers out of Germany.

It’s another relatively quiet week on the data front. Key stats are limited to February manufacturing PMI numbers on Friday.

While there will be some interest in the inflation hearings on Tuesday, focus through the week will continue to be on Brexit.

Economic data includes January inflation figures due out on Wednesday. Also in focus will be January’s RMPI due out on Thursday, while 4th quarter GDP numbers on Friday will be the key driver on the data front.

Outside the numbers, the effects of U.S – China trade talks on market risk sentiment will also influence crude oil prices and the Loonie.

After a quiet start to the week, 4th quarter construction work done will provide direction on Wednesday. A relatively busy Thursday sees the release of 4th quarter new CAPEX and January private sector credit numbers. February’s AIG manufacturing index numbers round off the stats for the week on Friday.

Market risk sentiment will continue to be the key driver through the week as trade talks resume.

Stats include 4th quarter retail sales figures due out on Monday. Mid-week, January trade figures are scheduled for release on Wednesday, with business confidence numbers due out on Thursday.

The figures will have a material impact on sentiment towards RBNZ monetary policy and the Kiwi Dollar through the week.

U.S – China Trade War:  Trade talks have been extended, with both sides talking of progress. With the 1st March deadline on Friday yet to be extended, an agreement will need to be wrapped up or close at hand to support an extension.

Brexit: It’s another big week ahead. Theresa May will address Parliament in the early hours of the Asian session on Tuesday. Parliament will then debate the Brexit deal on Wednesday. At the start of the week, it will become clearer on whether the EU will ease on its stance towards the Irish border.

The U.S – North Korea Summit: U.S President Trump and North Korean Leader Kim Jong Un will be meeting on Wednesday and Thursday. The markets will be looking for progress on denuclearization.

For the USD, FED Chair Powell gives testimony on Tuesday and Wednesday, ahead of a scheduled speech on Thursday. Other FOMC members scheduled to speak through the week include Clarida, Bostic, and Harker.