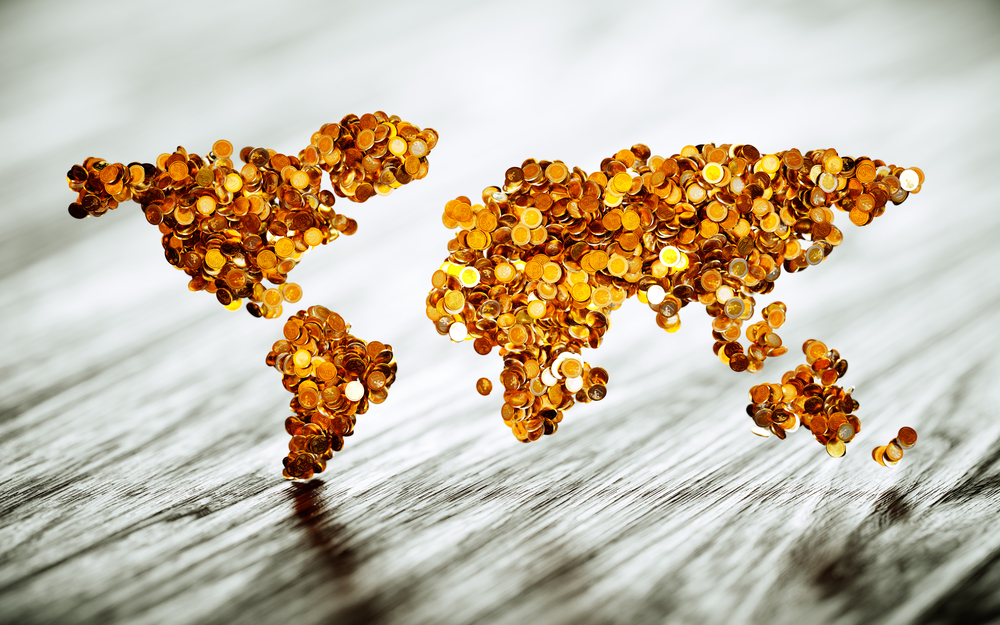 It was a particularly busy week on the economic calendar, in the week ending 22nd May.

A total of 57 stats were monitored, following the 61 stats from the week prior.

Of the 57 stats, 28 came in ahead forecasts, with 25 economic indicators coming up short of forecast. 2 stats were in line with forecasts in the week.

COVID-19 news, geopolitics, and central bank chatter continued to be key drivers in the week.

Looking at the latest coronavirus numbers.

Another 2.438m jump in jobless claims in the week tested risk sentiment and weighed on the Dollar.

While May’s prelim private sector PMIs were also out in the week, the numbers had a muted impact on the Dollar.

Housing sector conditions deteriorated drastically in April, by contrast, though much of this was attributed to the lockdown.

While the FOMC minutes and the FED Chair spoke of plenty of ammunition left to support the economy, rising tension between the U.S and China pressured the Dollar.

In the week, the House of Representatives passed a Bill to oust and ban Chinese companies from U.S exchanges.

China warned of retaliation and the rhetoric failed to ease over the course of the week.

It was a busy week on the economic calendar. April employment, inflation, and retail sales figures pinned the Pound back in the week.

A slower rate of contraction across the private sector failed to support a late rally in the Pound, with geopolitics in focus.

A lack of progress on Brexit and an extended lockdown were negatives for the Pound in the week. In spite of this, support kicked on off the back of Dollar weakness and hopes of a pickup in economic activity.

It was also a relatively busy week economic data front, with the stats skewed to the positive for once.

ZEW’s May economic sentiment and consumer confidence figures were in focus in the 1st half of the week.

In Germany and the Eurozone, economic sentiment amongst economists improved, with consumer confidence also improving across the Eurozone in May.

May’s prelim private sector PMIs also pointed to a possible bottoming out in April, which supported the EUR.

Positive stats, progress towards a COVID-19 recovery fund and a continued easing of lockdown measures delivered the upside in the week.

From the ECB, the monetary policy meeting minutes had a muted impact. There were no surprises, with the minutes continuing to call for fiscal support from member states.

It was a particularly bullish week for the Aussie Dollar and the Kiwi Dollar, with a Friday pullback being the only day in the red.

It was a particularly quiet week for the Aussie Dollar on the economic data front.

While the minutes painted a grim picture, however, upbeat sentiment towards an easing of lockdown measures delivered the upside.

The gains came in spite of rising tensions between the U.S and China. There was also talk of positive results in early COVID-19 vaccine trials…

While the numbers were skewed to the negative, there was little interest in the Q1 figures.

Rising demand for commodities from China and an easing of global lockdown measures delivered the upside.

It was a busy week on the economic calendar. Economic data was limited to March and April stats, however, that garnered little attention.

As expected, inflationary pressures eased further, with consumer prices on the slide in April.

The effects of COVID-19 were evident in March retail sales figures as well, which disappointed on Friday.

Ultimately, a jump in crude oil prices in the week, fueled by news of a jump in demand and falling output delivered the upside.

The markets are expecting demand to pick up as lockdown measures ease further. This was also positive for the Loonie in the week.

A sharp pullback on Friday limited the upside, however, as the Loonie slid back from C$1.38 levels.

It was a busy week on the data front. Key stats included 1st quarter GDP and April trade figures, and May private sector PMIs.

At the end of the week, April inflation figures were also in focus. It was a mixed bag on the data front, leaving the Yen in limbo.

While the economy contracted at a slower pace, trade data going into the 2nd quarter was particularly dire. Exports tumbled by 21.9%, with imports also in decline.

Adding more angst was the return of deflation in April, with core consumer prices falling by 0.2% year-on-year…

In spite of a pickup in market risk appetite in the week, the Yen failed to find support.

There were no stats in the week for the markets to consider. On the monetary policy front, the PBoC also left loan prime rates unchanged, leaving geopolitical risk in focus.

There was plenty to consider in the week as a Bill to oust Chinese firms from U.S exchanges progressed.

China responded with threats of its own before the news hit the wires on Friday of a new security law heading HK’s way. The law is set to ban acts against the government in a bid to end future protests. Unsurprisingly, the threat of more protests and riots weighed heavily on risk sentiment at the end of the week…

The CSI300 and Hang Seng ending the week down by 2.27% and by 3.64% respectively. A Friday sell-off left the pair in the red as the markets responded to the news of China’s proposal to impose the security law on HK SAR.