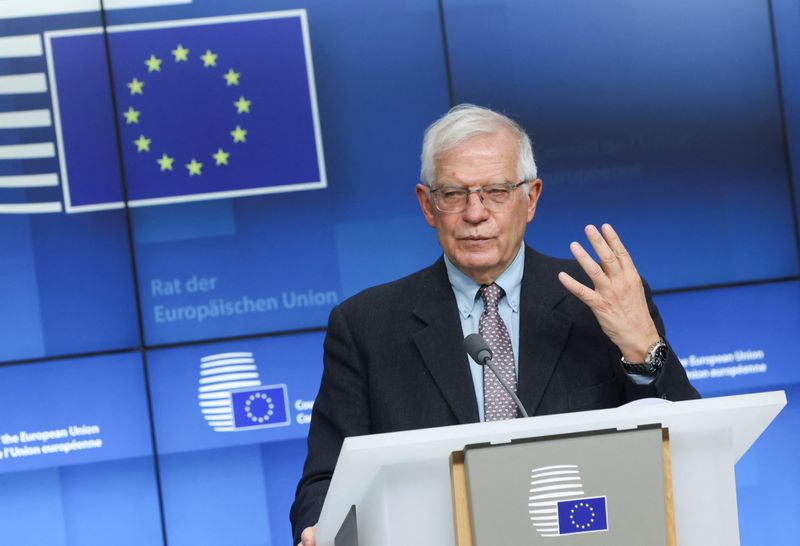 “This is Putin’s war, and Putin has to stop this war,” Josep Borrell told reporters in Brussels before a meeting of EU and other foreign ministers to discuss the Ukraine crisis.