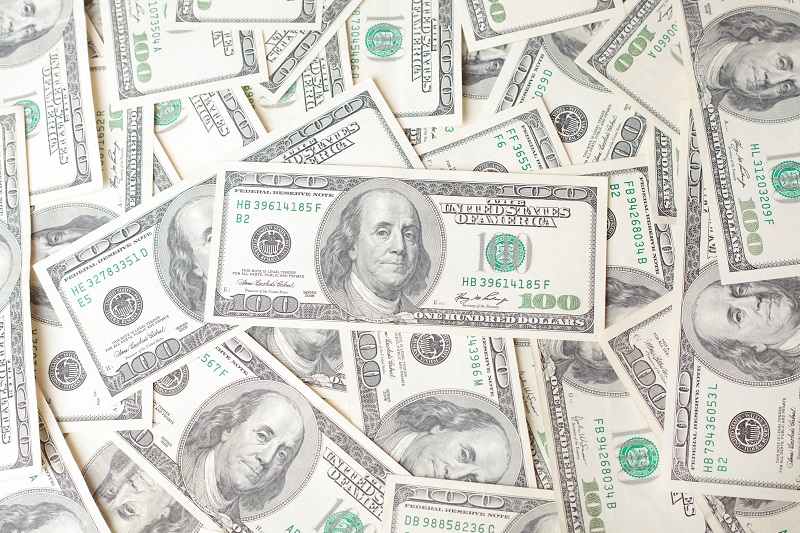 As the US economy grows at the fastest pace in decades, unemployment has dropped to the lowest level since the beginning of the millennium. With growth forecast to carry on throughout next year, fuelled to some extent by a fiscal reform introduced by President Trump, the Federal Reserve has signaled that several more interest rate hikes are on the cards. Some observers expect up to 6 before the end of 2019, despite somewhat disappointing real wage growth and political noise from the US President indicating discomfort with the Fed’s tightening of its monetary policy.

In the meantime, the rest of the world lags

The BoE, the ECB and the BoJ still have some way to go before we can talk about an alignment of monetary policies with their US counterpart. But the divergence in central banks’ policies doesn’t completely explain the dollar’s allure. The greenback is becoming the safe haven of choice for many investors. With 10-year treasury yields hovering just below 3%, many no longer look to gold as the first choice of refuge during times of uncertainty. With a global trade war looming, each escalation in rhetoric, from each of the sides, has triggered a rush to the US currency. Even though the current administration in Washington would prefer a weaker dollar, it seems that, at least for now, the appetite for the greenback will remain high every time new tariffs (or threats) on imports from China, Canada or the EU are announced.

This is a particularly sensitive situation for emerging economies running substantial current account deficits and large exposure to debt denominated in the US currency. A bullish dollar means larger debt burdens and higher inflation, which in turn trigger further selling of local assets and have a compounding effect on the devaluation of local currencies. It’s a vicious circle and escaping can be difficult, especially when politics get in the way.

A scenario perfectly illustrated by the current state of the affairs in Turkey, where President Erdogan has somewhat restricted the ability of its central bank to manage the situation. Elected on a populist program, Mr. Erdogan has been interfering with the Turkish central bank’s attempts to substantially raise interest rates to try halting the devaluation of the Lira. Forecasts in the short to mid-term look complex for Turkey and its currency. Even adopting more orthodox damage control methods may no longer be sufficient. Looking at Argentina will probably send shivers down the spines of officials of other emerging economies too. The South American country raised interest rates to 60 percent (the highest in the world) and agreed to a $50 billion rescue loan from the IMF. However, these steps were insufficient to the eyes of investors and, as the Peso piles up losses closing on 50 percent to the Dollar, so far this year, there are growing concerns that the Latin American country may be close to defaulting on its large public debt.

These concerns will of course further exacerbate the situation and increase the chances of contagion to other emerging economies like India, South Africa, Indonesia or Brazil. It is worth noting that not all emerging economies present vulnerable underlying conditions (running large current account deficits, for example) but the market smells blood and some investors may be tempted to pull out of EM economies altogether. On the other hand, it is also possible that as summer comes to an end and liquidity increases, should global trade tensions dissipate, dollar bulls won’t be so bold. Under these more favorable conditions support may be found for EM currencies, especially the ones with solid underlying fundamentals, proving the more pessimistic scenarios wrong.

This article was written by Ricardo Evangelista Senior Analyst at ActivTrades